With no answers from the EDD, thousands have been contacting the ABC10 Dollars & Sense team in hopes of getting answers. We tried to take them to Governor Newsom. 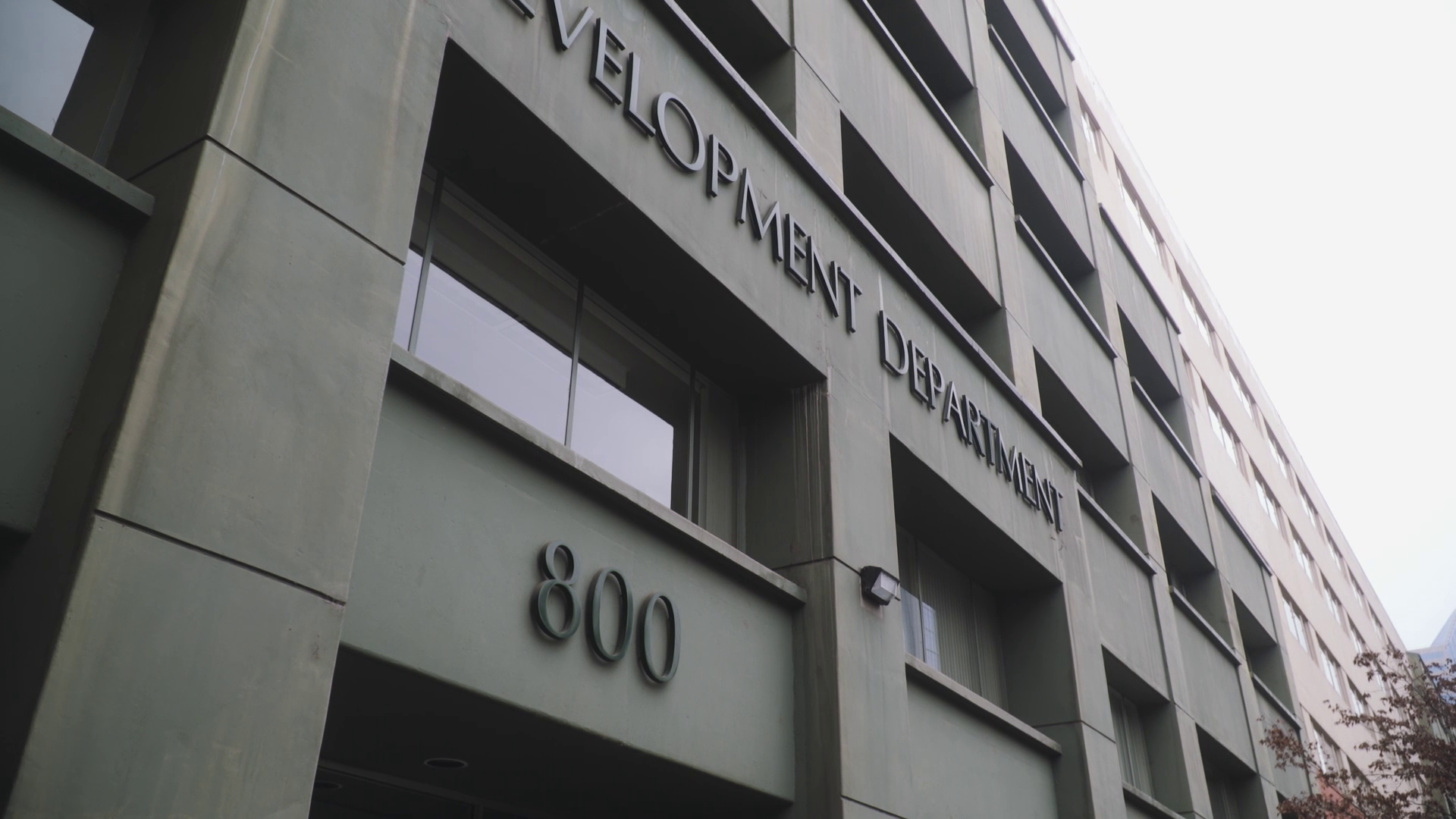 SACRAMENTO, Calif. — "We're not all in the same boat, we're in the same storm," said Jennifer Rogers. "Some are in yachts, some are in canoes and some are drowning - and our government is standing on land, watching it all happen."

It's a strong sentiment, but understandable as California leaders provide few answers to why millions of Employment Development Department accounts were suddenly frozen due to "suspected fraudulent behavior" on January 1 -- and remain inaccessible, despite the EDD saying they'd provide more information on how to verify your account on January 6.

Rogers said she has verified her unemployment claim through both ID.Me, the verification service the EDD uses, as well as months ago through her assembly member when she first had issues accessing her account. But she was still among the 1.4 million Californians to have her account flagged and frozen for fraud.

The EDD initially told those with frozen accounts they'd send further information on January 6, then some noticed the date changed to the 8. Yet, with both those dates come and gone, nothing has been clarified.

"Our government on the state levels at this point have hogtied us, for a lack of better terminology," said Rogers.

She said California leaders have been "passing the buck," and it's frustrating.

"I tried calling the EDD, we know that's a futile effort... I call [and you] get the, 'Oh I'm sorry we have too many phone calls. We're so incapable of handling this.' This is California. This is the heart of technology, give me a break," Rogers said. "So, I call the Governor's office and speak to one of his representatives... Her reply to me was you need to call the EDD... that's when I lost it."

With no answers from the EDD, thousands have been contacting the ABC10 Dollars & Sense team in hopes of getting answers. So, we called into Governor Newsom's budget meeting Friday and put our request in to ask a question about this issue.

So, we brought them to Assemblymember Phil Ting.

"I'm tired of [Bank of America] and EDD pointing fingers at each other and not taking full accountability," said Ting.

He said he has requested a meeting with both the Bank of America and EDD, but hasn't received an answer. He's not the first assembly member we've talked to about this issue, Assemblymember Gonzalez and McCarty previously named Congress and fraud as the reasons behind these EDD issues, as well as directed their constituents to call their offices.

"I've been inundated with phone calls just like every other legislature up and down the state, we're all extraordinarily frustrated with the EDD," said Ting. "EDD is the ultimate party that is accountable. Now having said that, we have a vendor that's not doing their job so we need to figure out how to get that vendor to be responsive and go do their job."

It's a frustration shared with other leaders. Assemblyman James Gallager tweeted following Newsom's Friday budget conference saying, "$600 additional stimulus payments? How about you ensure that the unemployed can actually get their benefits?"

But time is critical for those affected, like Rogers, who said she is using some of the last of her savings to repair her car.

"If you find yourself in a position where you either have the money to pay for your rent or your car, you pay for your car because you can sleep in your car. But you can't drive your apartment," said Rogers. "Those are the choices that millions of people are facing."

ABC10 emailed the Governor's Office following the budget conference for answers. In response, they CC'd an EDD representative saying they'll get back to us.

EDD told the Dollars and Sense team is has started the verification process for 1.4 million accounts it suspended for potential fraud just before New years. We've heard from many people still waiting for answers.