Victim impact statements will begin Tuesday, Aug. 18. On Friday, Aug. 21, DeAngelo is scheduled to return to court for his sentencing at Sacramento State University. 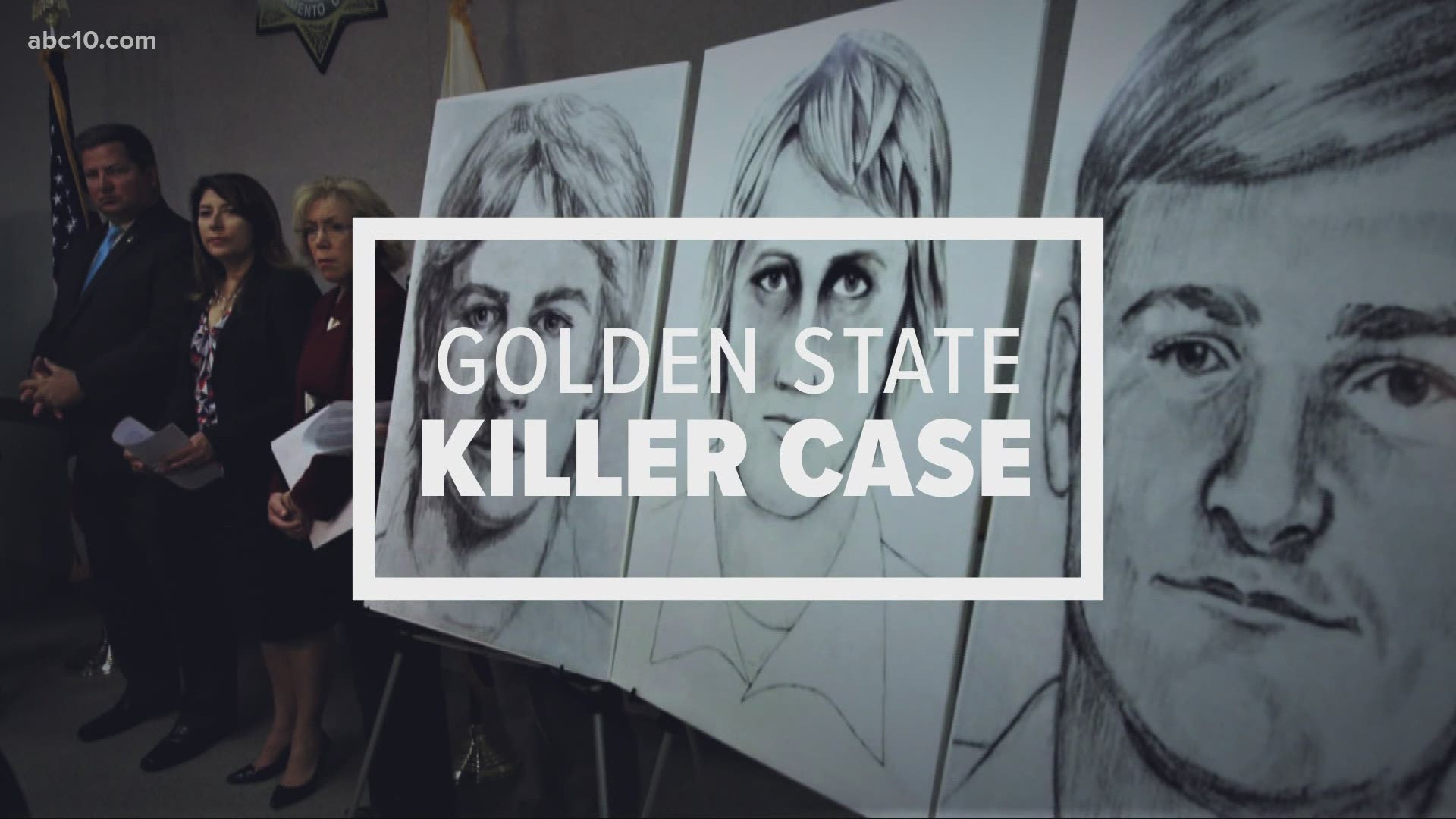 On Friday, Aug. 21, DeAngelo will return to court for his sentencing, given by Judge Michael Bowman. On that day, DeAngelo, 74, is expected to be sentenced to life in prison with no possibility of parole.

Victim impact statements are scheduled to be read at 9 a.m. on Tuesday, Aug. 18. at Gordon D. Schaber Courthouse on 9th Street in Sacramento.

The sentencing hearing is scheduled to begin at 9 a.m. on Friday, Aug. 21, in the main ballroom at Sacramento State University. The hearing is set to conclude at 11 a.m.

To attend: Members of the general public who wish to attend the sentencing hearing must submit their names and contact information to the public information officer at sscpio@saccourt.ca.gov by noon on Friday, Aug.14, 2020.

Selected attendees will be drawn by lottery and notified by the same public information officer.

NOTE: ABC10 will live stream the sentencing hearing here on ABC10.com, on the ABC10 Facebook and on the ABC10 YouTube channel.

Here are some of the charges DeAngelo pleaded guilty to, along with the counties in which they occurred:

Contra Costa County:
Four counts of kidnapping to commit robbery using a gun and knife between Oct. 7, 1978, and June 11, 1979, with the victims identified as Jane Doe numbers 10 and 13.

Sacramento County:
Two counts of murder in the Feb. 2, 1978, shootings of Kate Maggoire, 20, and Brian Maggoire, 21, as they walked their dog in their Rancho Cordova neighborhood.

Tulare County:
One count of murder in the Sept. 11, 1975, slaying of Claude Snelling, 45, during an attempted kidnapping of the victim’s daughter from their home.

Ventura County:
Two counts of murder in the rape and slaying of Charlene Smith, 33, and slaying of Lyman Smith, 43, of Ventura between March 13 and March 16, 1980.