Family and friends held a candlelight vigil for Parmjit Singh on Wednesday, Aug. 28 at the same park where his life was taken. 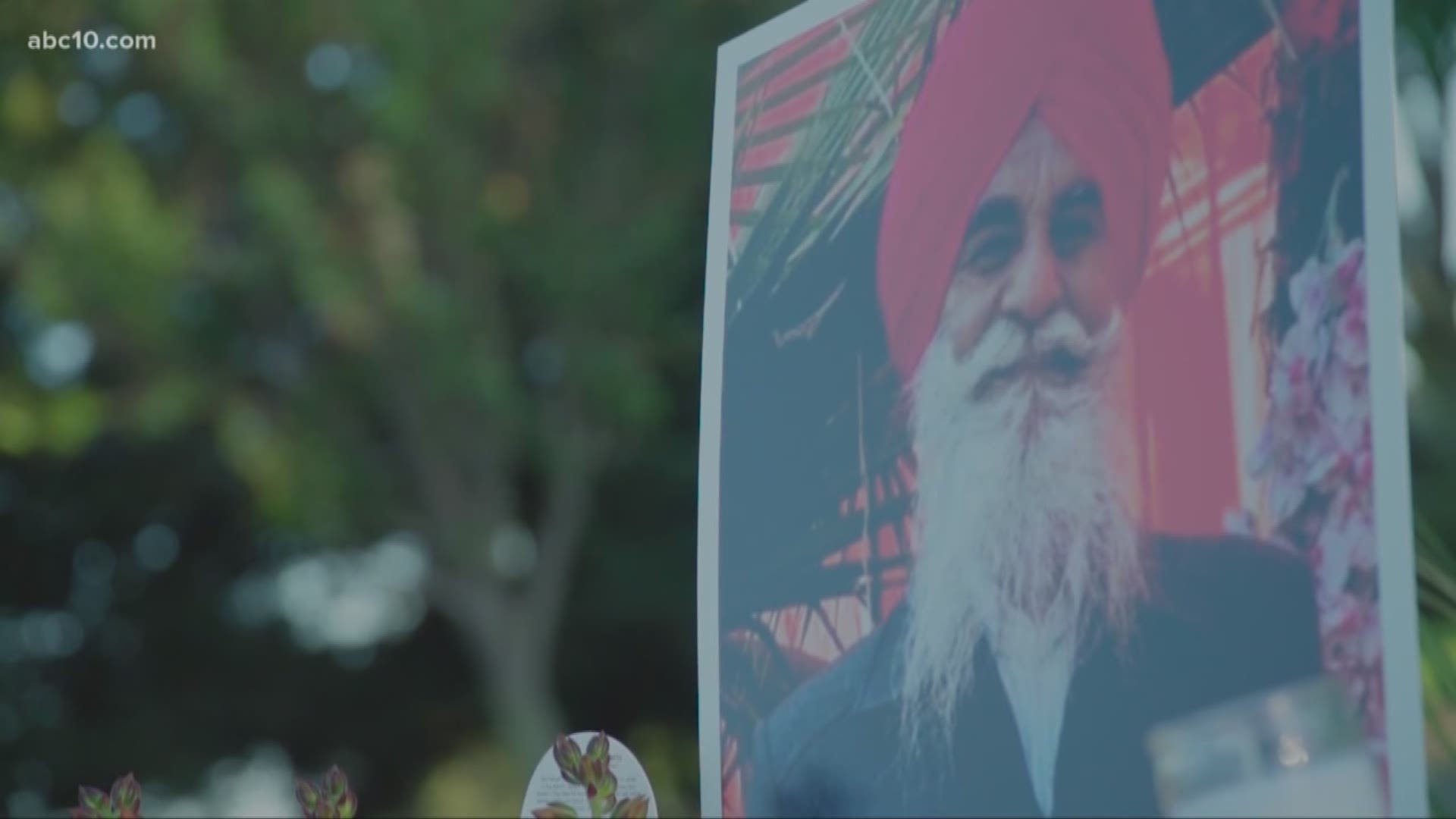 TRACY, Calif. — Parmjit Singh was on his nightly walk when he was brutally stabbed to death in his Tracy neighborhood, an area that neighbors and police say rarely ever sees crime.

The 64-year-old was an active member of the Sikh community and moved to the area to live with his family in 2016. He was walking at Gretchen Talley Park on Sunday, Aug. 25 when he was stabbed and left to die on the sidewalk.

On Wednesday, hundreds of people from the Tracy community attended a vigil for Singh at Gretchen Talley Park.

RELATED: Security cameras were not working in Tracy park where a Sikh man was murdered

"He was a member of our community. My daughter and I used to walk here and he would always say hi to her," said Sybil Spikes. "He was just a ray of sunshine – a very nice gentleman. Never bothered anyone, very peaceful man. So, I had to come pay our respects."

At this time police have no suspects and said they are not sure if Singh's death was a hate crime.

Anyone with information about his death, or about suspicious activity in the park, is asked to contact the Tracy Police Department.

RELATED: 'This is unacceptable' | Sikh man murdered on evening walk in Tracy park

WATCH MORE: Sikh man stabbed to death in Tracy while walking in a community park | RAW