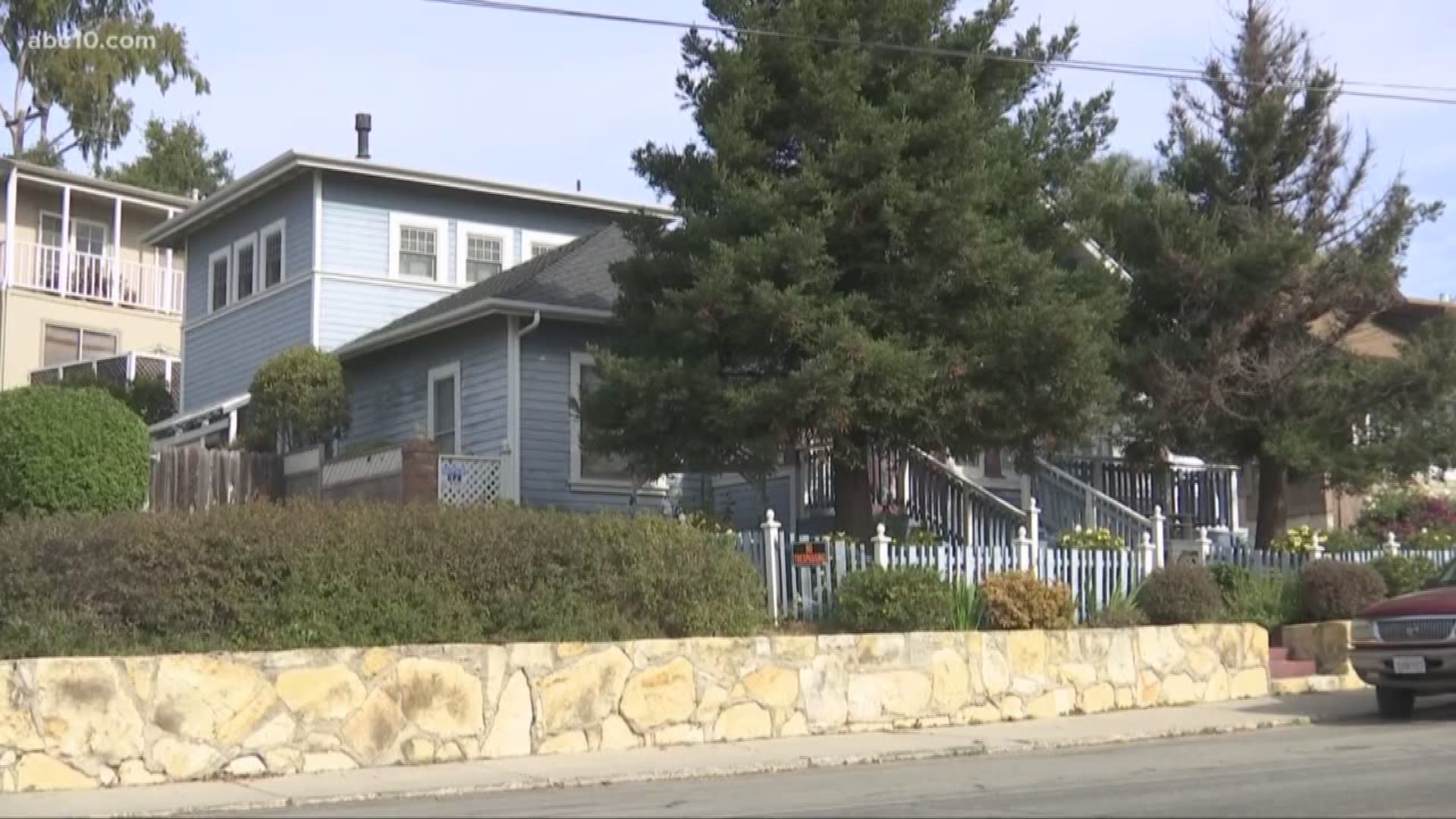 A Stockton native, Smart was just 19-years-old when she disappeared from Cal Poly in 1996.

"We've been waiting 23 years which is 23 years way too long and we're just waiting to bring her home to her family. I'm sure her family wants to see her and really just to see justice served. I think we're a while away from there, but I think we're much closer right now, or it appears we're much closer right now than we've been forever," said Mark Trejo, a local who grew up in the area where Smart went missing.

One of the locations searched in San Luis Obispo County was a home belonging to Flores' mother, Susan.

"Also locally, we just want some closure in the case. It's just gone on way too long... especially if you start looking at all of the stuff that points to the suspect. I just can't believe there's this much stuff pointing to this gentleman and we're still talking about it 23 years later and we don't have a resolution to the case," Trejo said.

The scene outside of the home was buzzing all day long Wednesday with multiple news crews, law enforcement officials and curious people driving by stopping to take pictures.

"We came out here and just saw red tape...  kind of by the garage and by the front and you could see deputies or the FBI coming in and out of the house," said neighbor Vanessa Imani, who works across the street from the home of Susan Flores. "You want justice for a terrible crime that had happened and we hope that just whatever outcome happens, it's for the right reasons and it's for Kristin."

Investigators say Paul Flores was the last person Smart was seen with before she went missing and he has been a person of interest in this case for 24 years. His mother's house, is just one of four locations that was searched by law enforcement Wednesday.

The San Luis Obispo County Sheriff’s Office said they were able to locate multiple items of evidence in their four searches. They didn’t say what they found, how much they found, or where they found it, but did say it’s all being taken to their labs to be analyzed. The searches were completed by the middle of Wednesday afternoon.

Attention has been put back on the case because of a popular podcast called "Your Own Backyard" which has helped generate new leads in the investigation.

"There is speculation that that's where her body was at one point, or is now buried, and so I believe if you listen to the podcast you can hear that the searches with the cadaver dogs maybe weren't as thorough as they should have been," Imani said.

Several people said there are still a lot of questions remaining about the home, specifically because they believe the backyard was never fully excavated.

Quite a few people passed by the home on Wednesday, not only honking their horns but also rolling down their windows and shouting "dig up the yard" as they passed by.