Under the CHP's new policy, another protest against the state's lockdown that was pending permission for Wednesday will be denied. 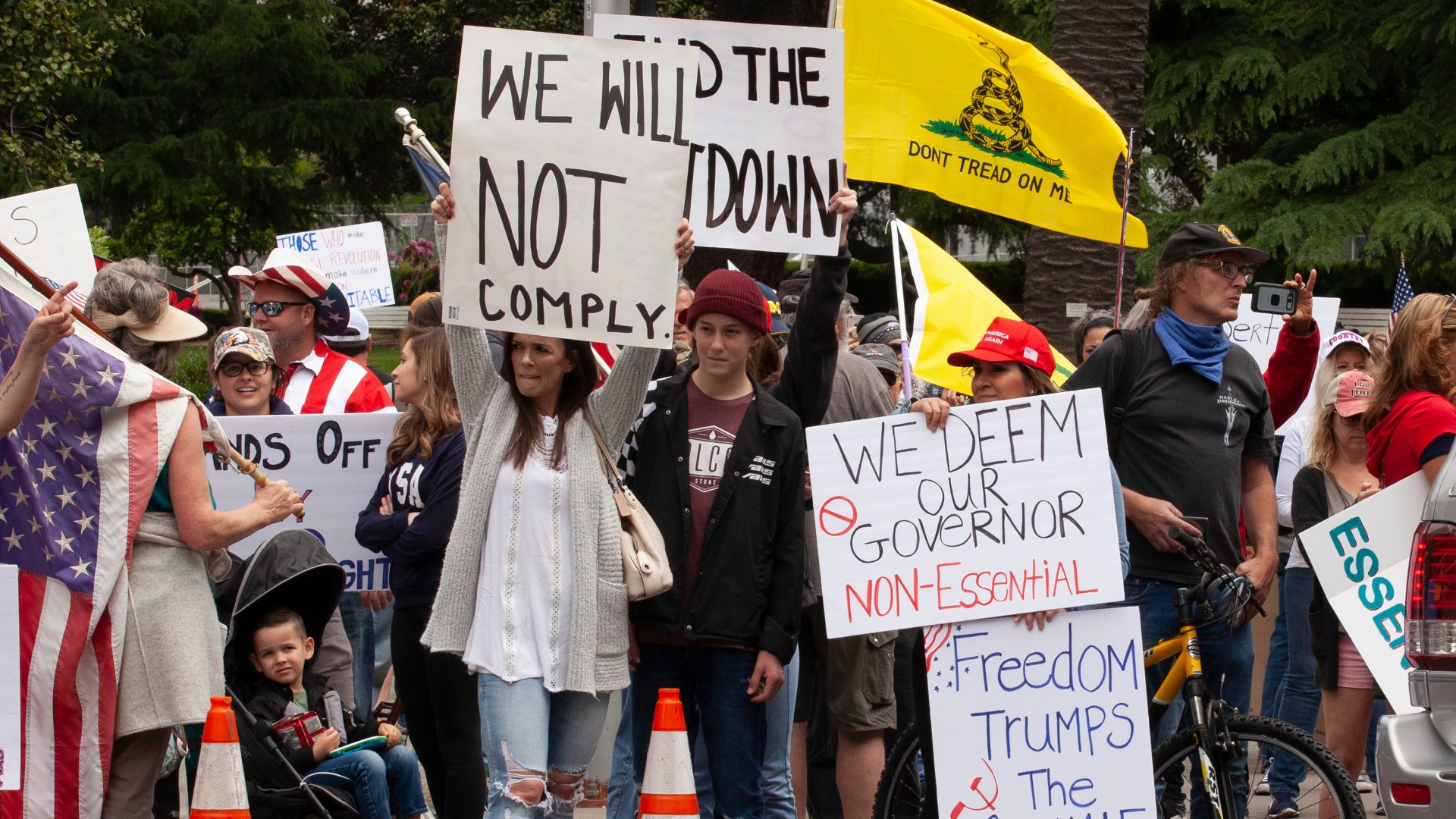 SACRAMENTO, Calif — One day after hundreds of demonstrators stormed the lawn and steps of the Capitol building protesting the stay-home orders, the California Highway Patrol said that it will no longer issue permits for events at state facilities.

The policy will remain in effect until public health officials say it is safe to gather again, CHP Sgt. Nick Matulonis told ABC10.

"In the interest of public safety and the health of all Californians during the COVID-19 pandemic, effective immediately the California Highway Patrol will deny any permit requests for events or activities at all state facilities, to include the State Capitol, until public health officials have determined it is safe to gather again," Matulonis said.

The permit for Monday's event, which attracted hundreds of people and caused traffic around the Capitol in downtown Sacramento, was approved based on the understanding that protesters would practice social distancing.

However, many of the protesters got out of their vehicles and gathered in crowds, without practicing social distancing or wearing face coverings.

The CHP made no arrests and issued no citations at Monday’s demonstration.

Under the CHP's new policy, another protest against the state's lockdown that was pending permission for Wednesday will be denied.

Victoria Goeke, who is listed on Facebook as the organizer for Wednesday's protest, said on the event's social media page that she was denied "due to 'social distancing' rules."

Still, it appears that the event is still slated to happen. Goeke said on Facebook that because CHP threatened to cite or arrest those who protest on Capitol grounds without a permit, they'll continue the protest while inside of their cars.

"Please assemble at your own risk and 6' apart from those not in your household," Goeke wrote on Facebook. "Sac PD says it's fine to drive around the public streets surrounding the budding without a permit. Come protest Newsom's order to place every Californian on house arrest with no end in sight. He is playing political chess despite many Californians suffering from job loss and insecurity."

Crowds across the country have been protesting stay-at-home orders, saying that the virus' impact on the economy is more dangerous to peoples' lives than the coronavirus itself.

Gov. Gavin Newsom said at a press conference that the worst mistake Californians could make to put peoples' lives at risk by making decisions on frustrations that they are facing.

"There are many other parts of the globe that precipitously did move forward by opening up their economies again because of that frustration and that angst, only to see that they had to pull back again," Newsom said. "Singapore being an example of that. Components of what China has opened up, they have now closed again for that reason."