Live music, barbecue, and mobile vaccinations are the elements that Sacramento City Councilmembers say can bring a community together 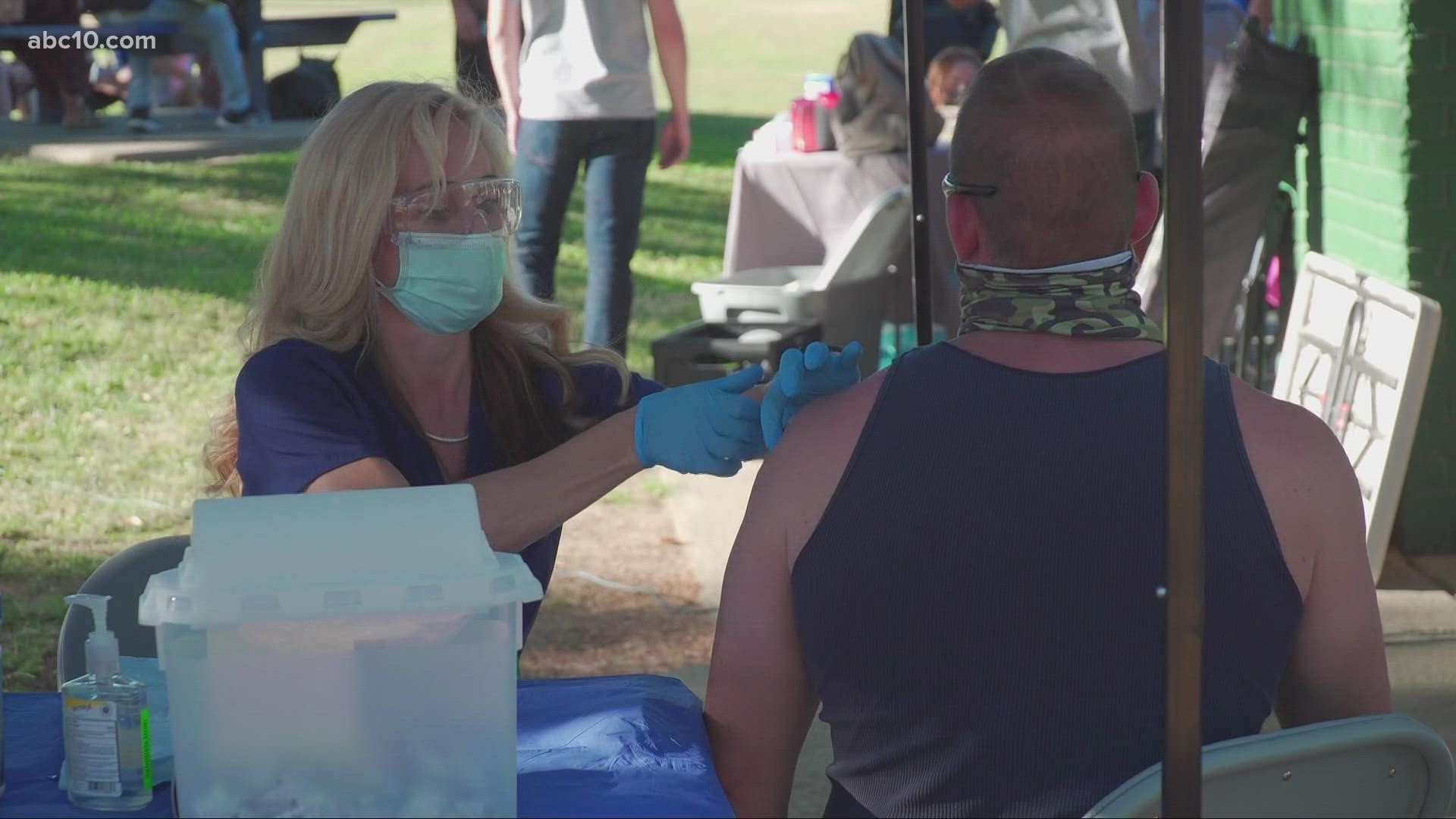 SACRAMENTO, Calif. — Several mobile vaccine clinics rolled out to different Sacramento neighborhoods Tuesday in an effort to up the vaccination numbers for the county.

Live music, barbecue, and mobile vaccinations are the elements Sacramento City Councilmembers say can bring a community together in the age of COVID-19.

"It's not just about you. I mean, there's freedom of choice for everyone, but you're impacting whole communities if you don't get vaccinated," said Councilmember Jay Schenirer.

Walk-up vaccines were part of the city's National Night Out celebration in Colonial Heights. Steve Knapp, a neighbor in the area, took advantage of the convenient clinic. He said that he was a COVID-19 long hauler, having had symptoms last more than 6 months.

"That kept me away (and) hearing about people getting sick from the first vaccination as well," Knapp said.

But as the delta variant spreads, Knapp is trying to keep up with a busy working travel schedule and he's following his doctor's recommendation to get inoculated.

Knapp is the latest among a growing number of Californians rolling their sleeves for their first shot. In the past two weeks, the state says more than 300,000 have gotten their first shot, which is a 41% increase.

For Jennifer Arceo, she said that she wanted to hold off or rather "wait and see."

She was most fearful of vaccine side effects, but now, she feels ready after her daughters got the shot.

With a clinic coming straight to her South Sacramento apartment complex, she said the decision was a lot easier.

"I've been healthy, just in case. You're never gonna get that lucky all the time. Let's just do it," she said.