Sgt. Armando Hernandez, with the Los Angeles County Sheriff's Department, was one of hundreds of first responders who drove from far away to pay tribute to fallen Sacramento County Deputy Mark Stasyuk. 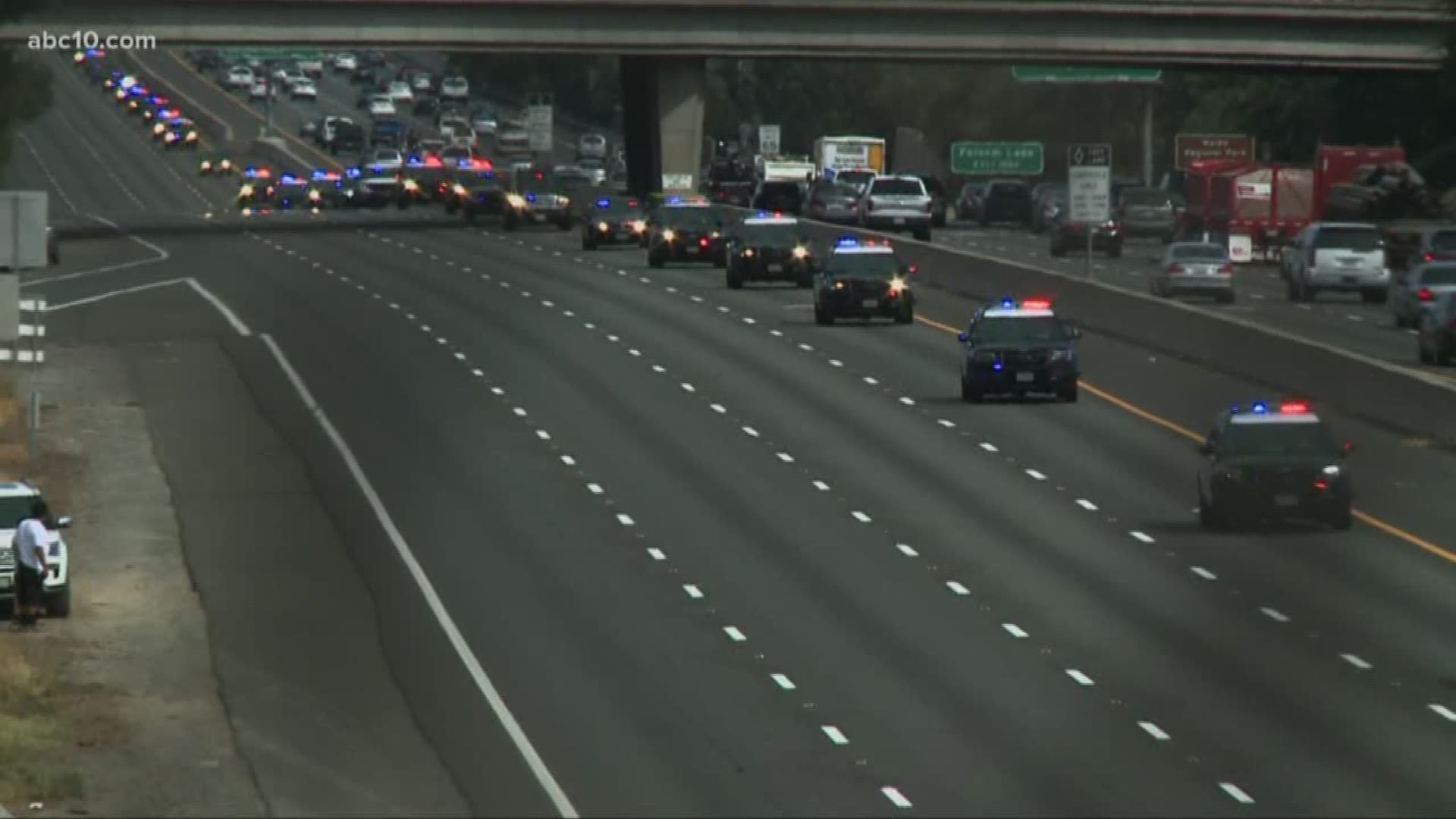 Deputy Mark Stasyuk's widow, Amy, was surrounded by law enforcement officers from across the region and nation as she said her final farewell to her hero.

Dozens of members of the community also showed their support for the Stasyuk family and the men and women in blue outside of Bayside Church in Roseville.

“It hurts all of us in the country as far as being members of law enforcement,” said Sgt. Armando Hernandez with the Los Angeles County Sheriff’s Department.

Hernandez was one of hundreds of first responders who drove from far away to pay tribute to the four-and-a-half-year veteran. Community members stood outside the church holding signs that said things like "Our hearts bleed blue" and "True heroes wear a badge."

“We appreciate it when the community comes together and shows their appreciation for us, because ultimately, in this job that's what we want to do; keep the communities safe and preserve law and order,” Hernandez said.

Officers from as far as Chicago and New York were also in attendance.

“It's a brotherhood. It's a fraternal thing,” said Thomas Robinson with the New York Police Department. “It’s hard to put in words, but in times like this, we like to support each other.”

Detective Krista Densen from the Concord Police Department said it was overwhelming to see the outpouring of support from across the nation.

“It’s very powerful to have agencies from so far away come and show the same kind of respect that everybody who gets killed like this deserves,” added Densen.