Modesto police released body camera video from a shooting that happened at a Walgreens on Oct. 21. 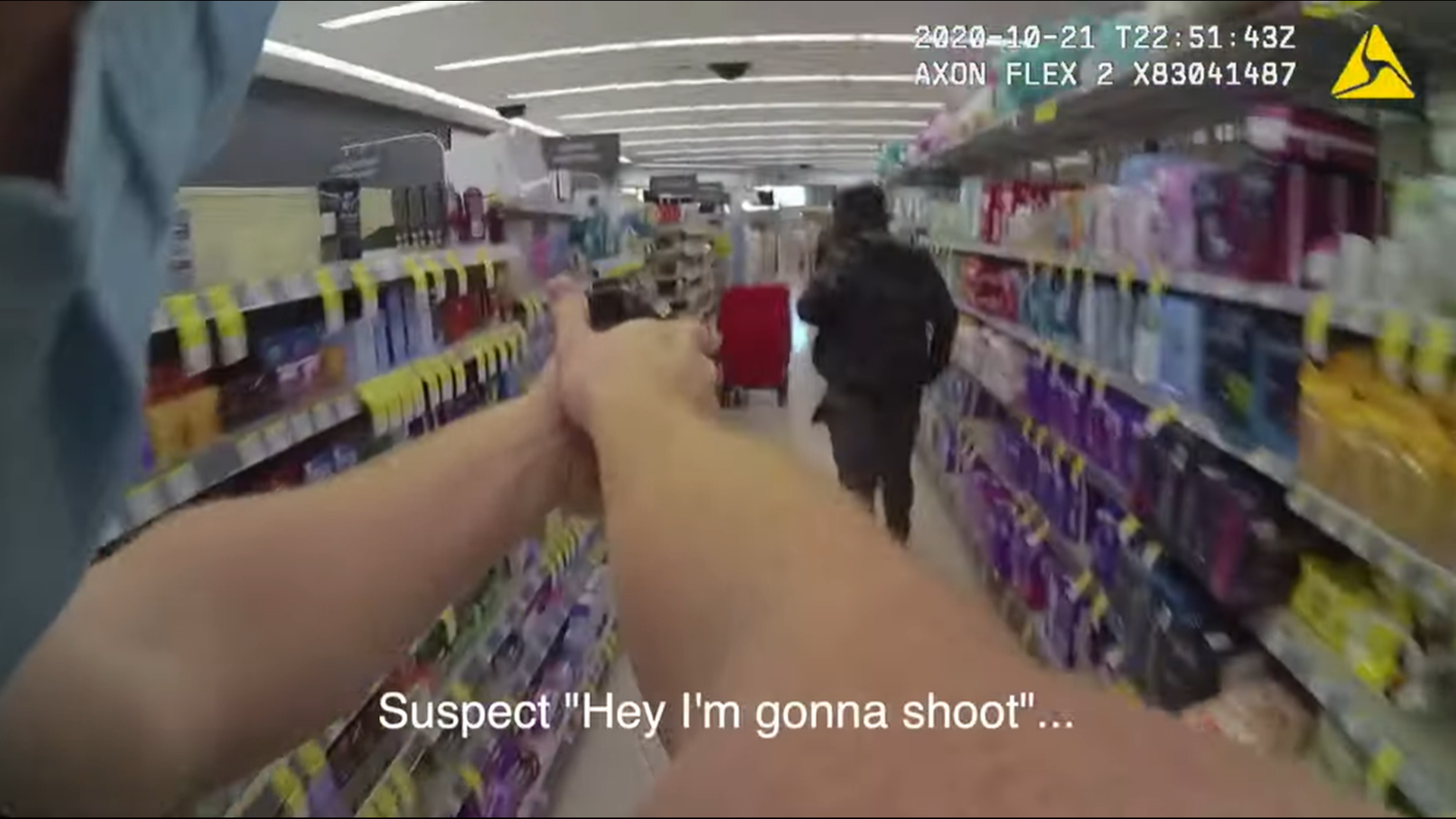 MODESTO, Calif. — New body camera video from the Modesto Police Department shows the events the led up to a police shooting in a Walgreens pharmacy earlier in October.

Daniel Ahlschlager, 30, of New York, was shot by police after an in-store chase where an officer noticed that Ahlschlager had a gun, according to police.

In a news release, Chief Galen Carroll said the officers were doing a traffic stop on a Chevy Tahoe when it pulled into the Walgreens on McHenry Avenue on Oct. 21.

Police said Ahlschlager, a passenger in the SUV, got out and went inside the store. The driver of the SUV was not charged with any crime.

Body camera video shows an officer talking with Ahlschlager before he appears to run away from the officer and later slip and fall revealing that he appeared to have a gun.

The chase kept going and, according to police, Ahlschlager said he was going to shoot. Body camera video showed an apparent standoff between the officer in the store and Ahlschlager that continued until another officer entered the store to help with the situation and later fired his weapon, hitting Ahlschlager.

Police said he had minor injuries from the shooting.

The shooting is under investigation by Modesto Police Department and the Stanislaus County District Attorney's Office.

The full video is available to view below.