Outrage over Dixon Vice-Mayor's Op-ed about the LGBTQ community

The Vice Mayor of Dixon says the start of July is the beginning of "Straight Pride American Month!" 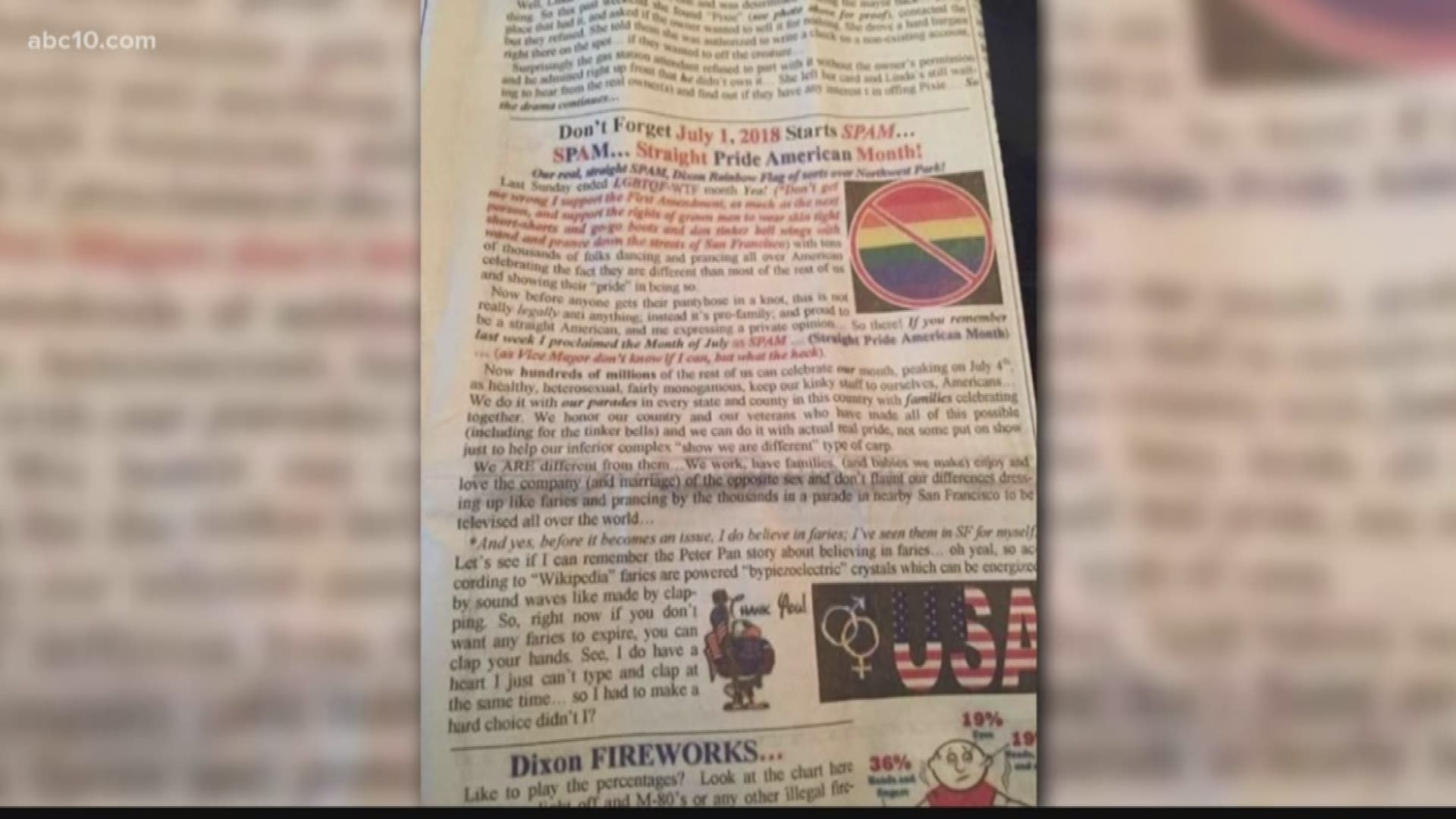 People have told ABC10 Hickman's words against the LGTBQ community are hateful, harmful and shameful.

Hickman posted the verbatim of his op-ed to his website on Thursday.

The op-ed states in part, "Now hundreds of millions of the rest of us can celebrate our month, peaking on July 4th as healthy, heterosexual, fairly monogamous, keep our kinky stuff to ourselves... Americans."

Hickman calls the month of June, known as Pride Month, as "LGTBQ-WTF month."

The clip from the paper shows Hickman also said, "We ARE different from them... We work, have families (and babies we make) enjoy and love the company (and marriage) of the opposite sex and don't flaunt our differences dressing up like fairies and prancing by the thousands in a parade in nearby San Francisco to be televised all over the world."

A LGBTQ Pride Day is being planned in Dixon for July 21. More than 70 people have shown interest in attending on a Facebook event page.

There is also a protest planned for the next city council meeting July 11 in Dixon. Information for that event can be found here.

ABC10 has reached out to the City of Dixon as well as Hickman for a comment. As of 7:30 p.m. Saturday evening, ABC10 has not heard back.