Sacramento Police Department reveals how it's used micro-drones in patrol

From July 2020 to date, the Sacramento Police Department said the Unmanned Aerial Systems (UAS) Unit has been deployed more than 100 times. 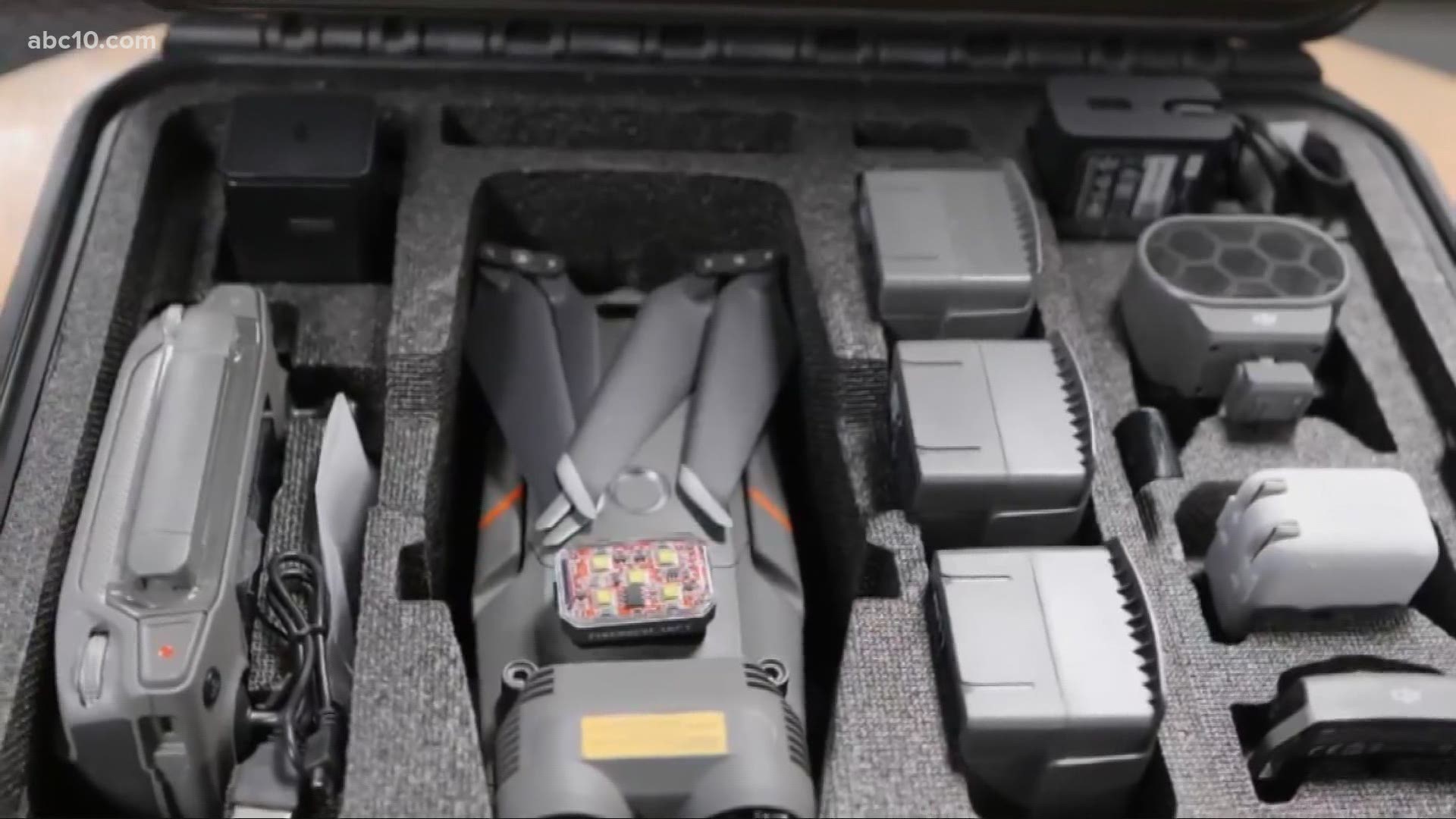 SACRAMENTO, Calif. — The Sacramento Police Department is sharing more about how it has been using its fleet of small, camera-equipped drones to help patrol.

From July 2020 to date, the Sacramento Police Department said the Unmanned Aerial Systems (UAS) Unit has been deployed more than 100 times and has helped in over 60 arrests. The Drones have a color camera, infrared camera, speaker, and a spotlight.

In one example where police were looking for a suspect, officers set up a perimeter, and once the drone operator arrived, they were able to locate the suspect hiding along a fence line. The camera provided a real-time view of the scene, and not only were they able to get the officer to safety, the suspect eventually surrendered without incident.

"You know the case that comes to mind is the Stephon Clark case where those officers go into a yard. They are coming around a corner. They think the person has a gun. It turns out to be a cellphone. Talk to us about that case and how this might have changed the outcome?” ABC10’s Chris Thomas asked Sacramento Police Chief Daniel Hahn.

“Yes. I guess it might have, but it also might have not because every case is different,” Hahn replied. “When the situation is somewhat stable then that's where these could really be used. When it's dramatic and somebody's life might be in danger then our officers are still going to have to go in."

"We want to hold people accountable, but we want everybody to be able to be healthy at the end of that. Both of our officers to go home, and for that suspect to face his day in court," Hahn continued.

But when it comes to these small drones that can provide police access to places they've never been able to go to before, what about privacy concerns?

"We are not ‘Big Brother.’ It says right in our general orders that we are not going to surveil people. If we have a legal right as an officer or officers to be there to look at something, whether it be inside or outside, that's where this comes into play. And if we can be there, [the drone] can be there,” said Sacramento Police Officer John Azevedo.

WATCH ALSO: Sacramento working on expanding vaccine distribution, determining who can get vaccinated