An unexpected and impromptu secret Santa dropped by a Pocket area Taco Bell to pay it forward the fast food crew working during the pandemic. 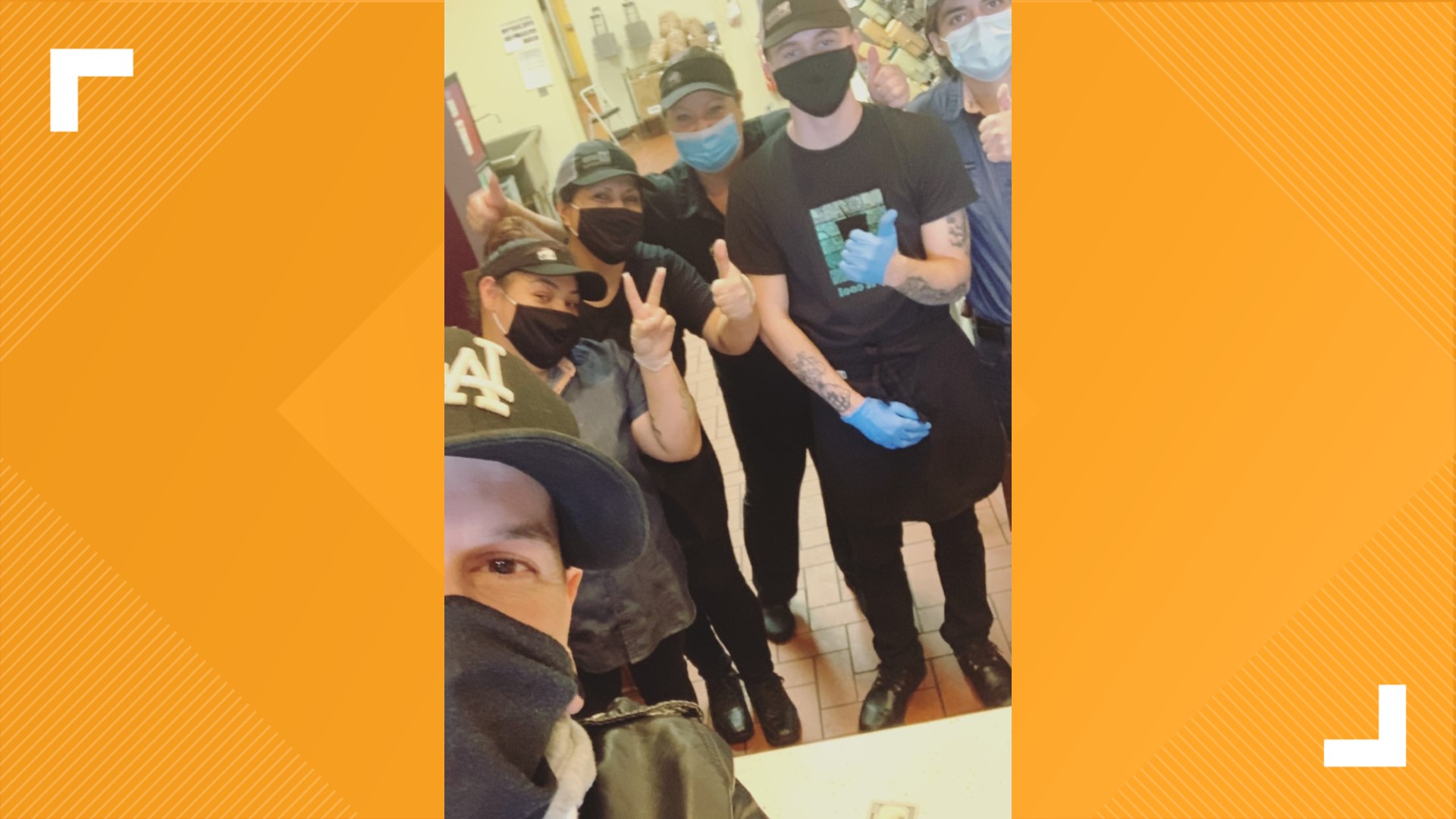 SACRAMENTO, Calif. — Five Taco Bell employees got a huge surprise when a random customer left each of them with an extra $100 to spend for the holidays.

To them, he was an absolute stranger. They didn’t know his name, what he did for a living, or where he was from. Despite the randomness, the setting couldn’t have been any more perfect for Shan Dan Horan, the Taco Bell’s impromptu and unexpected Secret Santa.

Horan works in the Sacramento music industry, a long distance away from his old job at a Taco Bell in Flagstaff, Ariz. He worked at Taco Bell himself as a teenager and knows about the slings and arrows of the job.

One of the biggest examples of those slings and arrows was an armed robbery he experienced while he was closing up the store at the age of 16, according to Horan. It was a horrifying experience and one that stuck with him.

“I thought it’d be ironic to go into a Taco Bell almost 20 years after I had been almost killed in one,” Horan said.

He didn’t plan on making a news headline; he was only grabbing a couple Taco Supremes and nachos when he decided that he wanted to pay it forward to these employees. As the employees told him to enjoy his day, he gathered them up to tell him the story about the robbery and ended up giving each employee $100, reminding them to ease up on work and to enjoy the time they have with family and friends during the holidays.

“For me, I think 20 years later, it’s more so a message of I appreciate what they’re doing, especially in a pandemic where most of us are locked down,” Horan said. “We don’t appreciate people in the service in the industry as much as we should…”

He said the people working in the fast-food industry are still on the frontlines, keeping people fed while potentially exposing themselves to the coronavirus. He empathizes with their situation and said the gifts was his way of paying it back to the employees.