Traps in a Modesto neighborhood captured two of the mosquitoes. 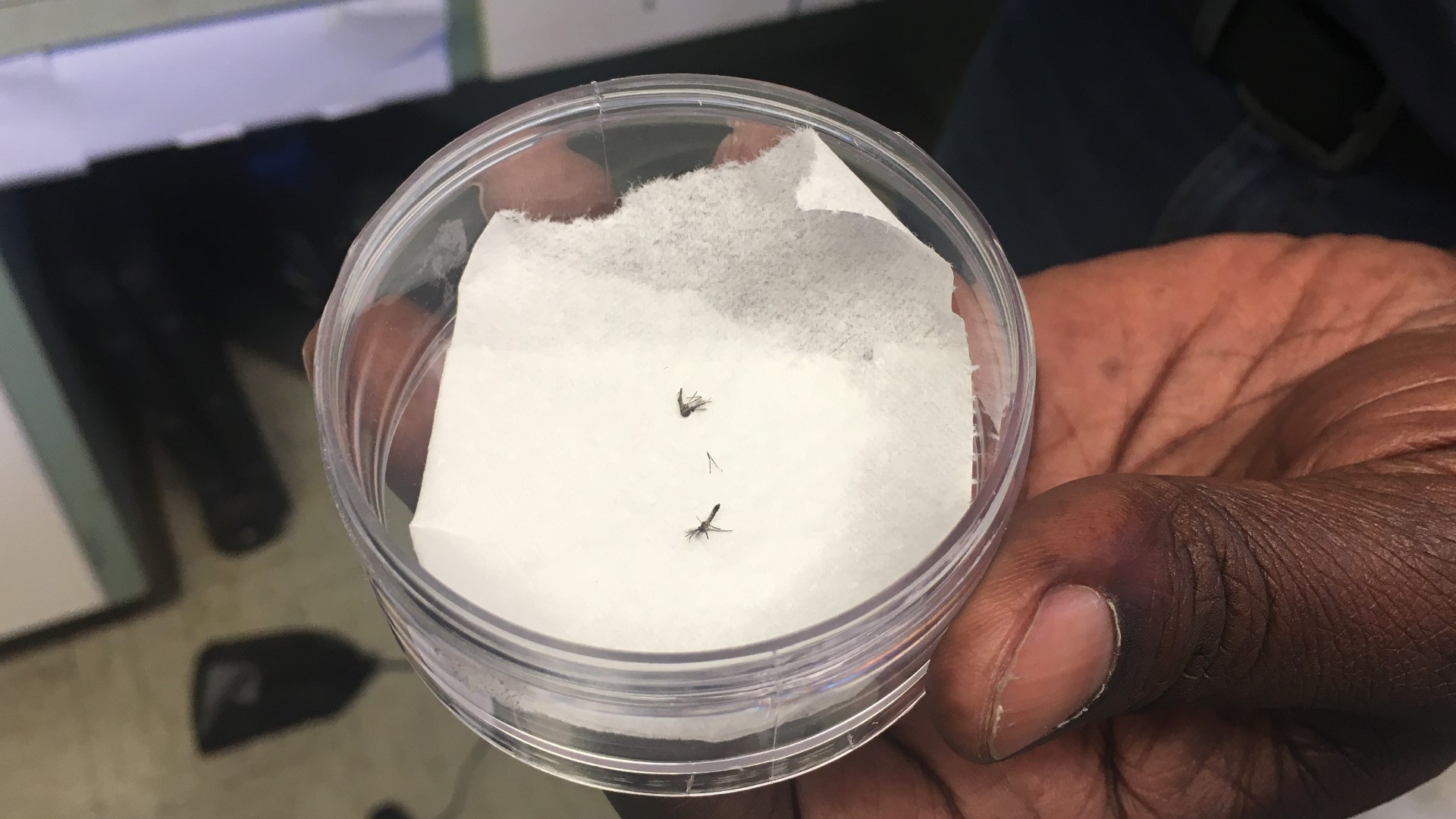 "Not a major surprise that they are here because the population takes awhile to build up to a number where we can catch them in our traps," said Dr. Wakoli Wekesa, who is the new manager of the East Side Mosquito Abatement District.

He has 30 years of studying mosquitoes across California, having worked in other mosquito control districts.

He says the aedes egypti mosquito has been found in California for years and has been steadily progressing its way northward from Southern California.

Modesto is now the furthest north the insect has been discovered.

The mosquitoes were initially found in traps in a neighborhood near Lakewood Avenue and Scenic Drive on July 25th and then again on July 31st.

The traps were just over 100 yards apart which Dr. Wekesa says translates into an established breeding population in the community equaling to thousands of aedes aegypti mosquitoes.

These mosquitoes are capable of carrying the potentially deadly Zika virus that can cause paralysis and birth defects in babies. It can also carry the dengue and chikungunya viruses.

So far, the Zika virus has not been discovered in California.

But, if it does end up here, it can easily spread.

"For this virus, it would have to be a female mosquito biting on a person who is infected, that is infectious. That mosquito incubating the disease for several days, five to seven days, and then being able to bite on somebody else and infect that person," said Wekesa.

Kathleen Prouty lives in the neighborhood where the mosquitoes were discovered. She works out using her swim spa daily and is very concerned.

"I would like to know basically what the steps are that are going to be taken to prevent this or to be just equipped to deal with it should it actually become a problem," said Prouty.

Right now, the mosquito abatement district has sprayed pesticide in the neighborhood once and plans to spray two more times.

The best advice for keep away the mosquitoes might be getting rid of containers.

RELATED: Spring can mean more pesky mosquitoes. Here's how to keep that problem a small one.

"This mosquito breeds in something as small as a bottle top, bird bath, any container you have in your yard. Think of it in that way. Your sprinklers run water which accumulates in any small crevice or cracks within your yard," said Wekesa.