Recalling the Governor: easy to try, hard to actually do

Gov. Gavin Newsom faces two separate recall efforts, but history suggests that he doesn't have much to worry about. 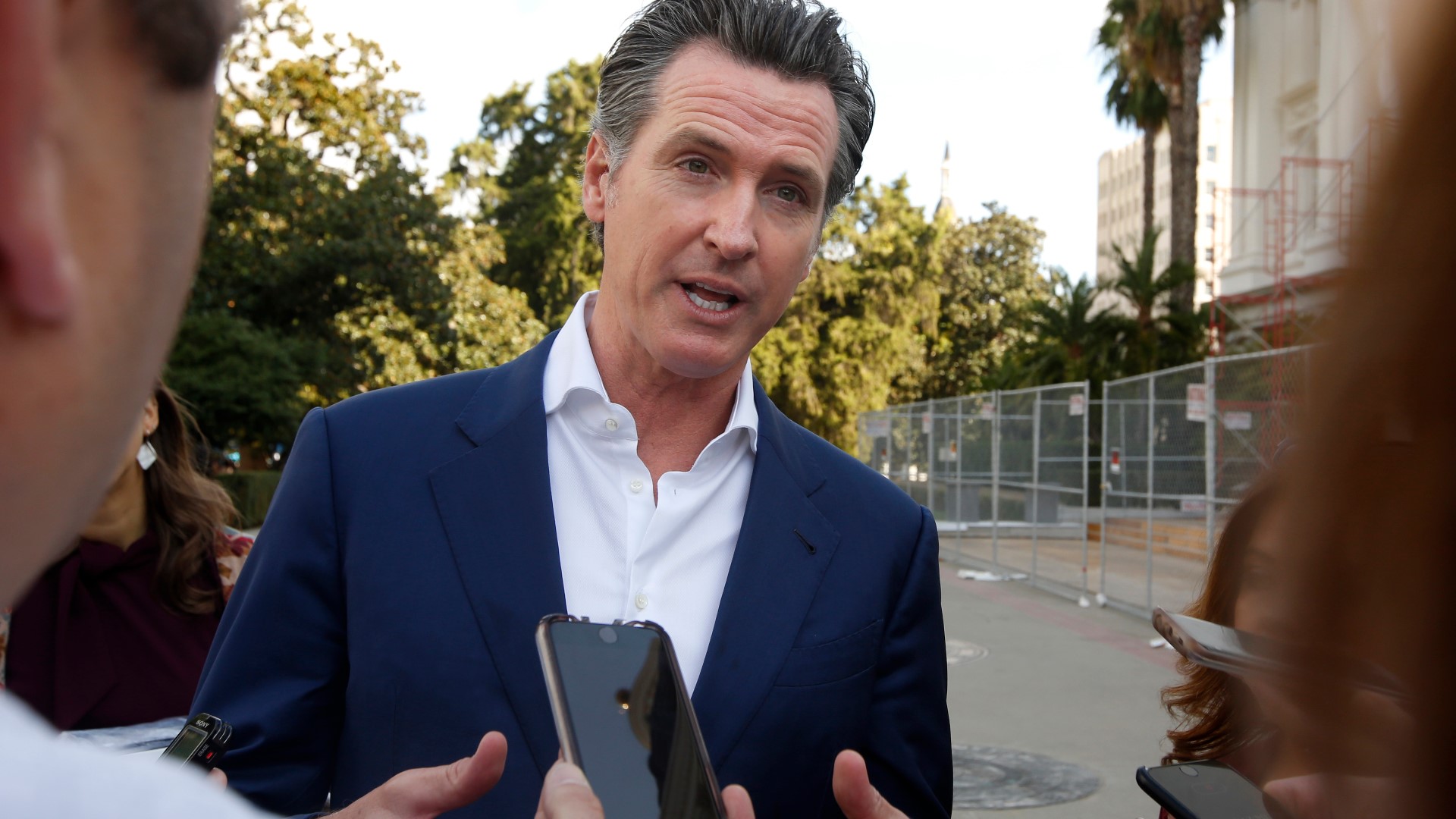 SACRAMENTO, Calif. — In his first year in office, Gov. Gavin Newsom (D-California) already faces two separate efforts to force him to stand for a recall election.

While that may sound like a serious threat, California’s political history indicates that Gov. Newsom has little reason to worry - at least for now.

Newsom’s honeymoon with the voters shows signs of slowing. A recent poll found his approval rating in a statistical tie—hardly impressive for a person who won office with more than 60 percent of the vote.

However, there's an ardent minority of people who'd like to show Newsom the door. The very idea ignites passionate arguments online.

But, there’s a simpler truth that might keep Newsom from sweating these recall attempts: it’s very easy to start a recall petition in California, but difficult to see the process through to completion.

THE RECORD AGAINST STATEWIDE RECALLS IS 86-1

In the 108 years that California has had the ability to recall its leaders, people have tried 86 times to recall statewide officeholders, according to the Secretary of State's office.

Only one of those efforts actually succeeded in forcing a recall election to happen: the successful 2003 recall of Democratic Gov. Gray Davis.

Voters terminated Davis and replaced him with Republican Arnold Schwarzenegger.

That was very much the exception, and it came at a time when Californians were eager to hold someone responsible for a massive energy crisis, which was among other political headwinds for Davis.

During the other 85 statewide recall attempts, we never got to the point of casting ballots. The signature petitions all failed to qualify for an election.

And yet, recall efforts have become the norm - something every governor of California should expect to deal with. It's a trend that appears to be gaining steam in recent decades.

Newsom’s Democratic predecessor Jerry Brown faced five recall petitions in his second stint as governor. He had faced five more the first time he held the governor’s office and another two as state Attorney General.

Schwarzenegger had to deal with seven different recall attempts.

However, Davis' recall remains the only one that ever even qualified for an election.

OTHER POTENTIAL MOTIVES AT PLAY

The two pending recall petitions aiming to force a do-over of Newsom’s election both share one common thread: their sponsors have more at stake than Newsom’s political future.

The current recall efforts were each filed by GOP candidates hoping to be elected to Congress in Southern California, both of whom have tried and failed to win seats in Congress before.

Both candidates have plenty to gain by making a big deal of the fact that they’re working to recall Newsom: it’s a politically attractive thing to brag about in a stump speech for Congress.

The recall petitions are focused on opposition to Newsom's liberal policies. For example, both petitions take aim at his efforts to help immigrants.

In the meantime, Newsom's official response, which has to be included on the petition voters will be asked to sign, focuses more on the practical. It argues that the recall is unlikely to succeed and that a special election would cost taxpayers tens of millions of dollars for no good reason.

WHAT IT TAKES TO SUCCEED IN A RECALL

Supporters of these recall efforts will need time, money, and organization if they actually hope to pose a serious threat to the governor.

Not only do they need to gather 1.5 million signatures from voters - they have to do it in at least 5 different counties.

That takes a lot of people with clipboards - standing for a lot of hours - at a lot of grocery stores all across the land.

Barring an infusion of money from sources who believe the recall effort might actually succeed - or some unforeseen scandal that upends Newsom’s base of support - he likely has little reason to fear these challenges.

But, there is some time to play with. The two recall efforts do have until early 2020 to gather all the signatures they can.