Is PG&E charging more for using solar panels? | Why Guy

A Tracy resident saw his PG&E bill jump, which lead him to wonder why. 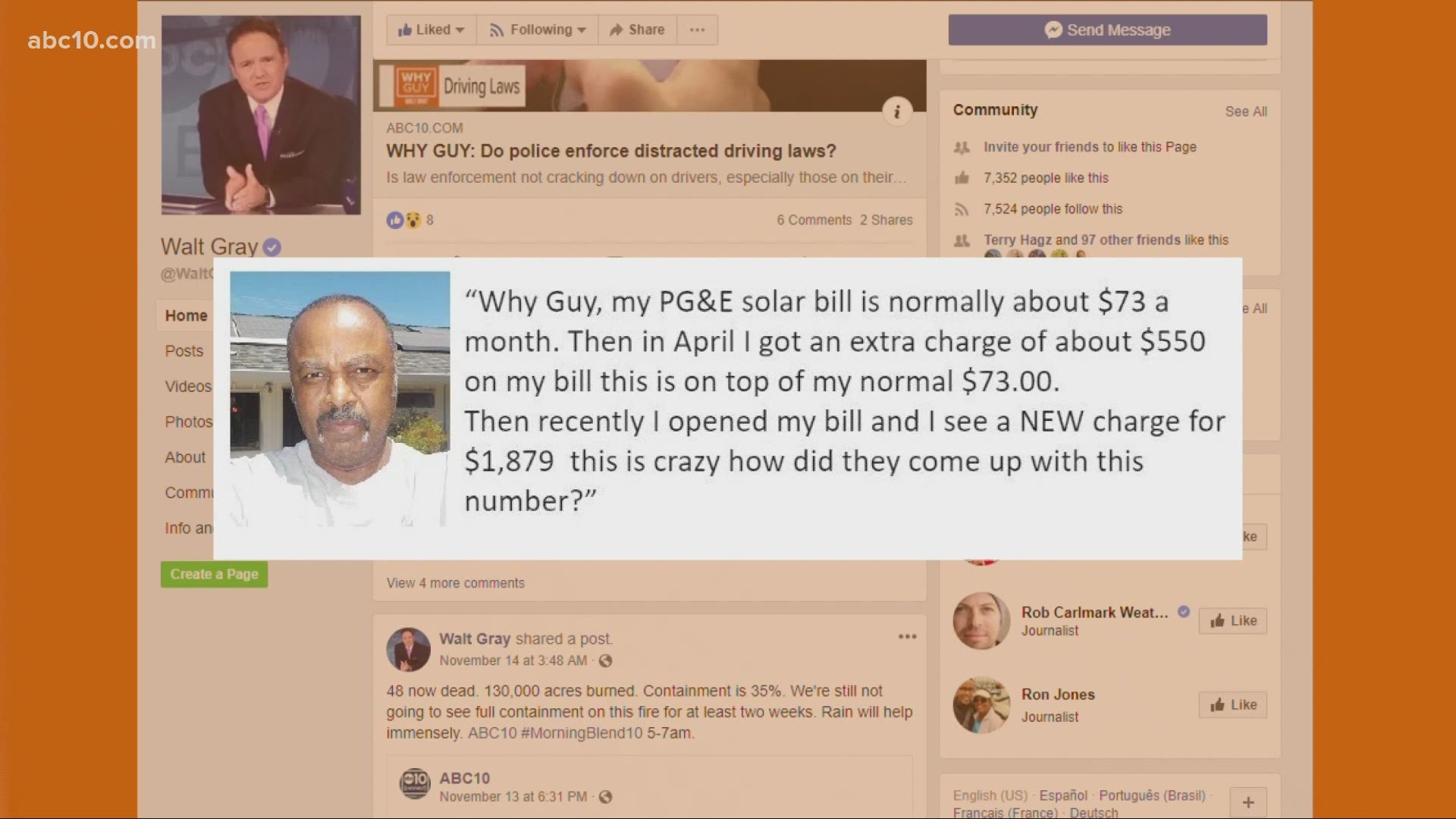 Today's Why Guy question comes from Pete Marshall of Tracy, who says, “my PG&E solar bill is normally about $73 a month. Then in April, I got an extra charge of about $550 on my bill, this is on top of my normal $73. Then recently, I opened up my bill and see a new charge of $1,879. This is crazy. How did they come up with this number?"

Marshall said he's had solar panels on his Tracy home for three years and has enjoyed a low monthly energy bill during that time, but he's baffled and suspicious about the extra charges. When he called PGE awhile back, the explanation he got was "didn't make sense to me."

The Why Guy reached out to Megan McFarland with PG&E's corporate team about Marshall's tale of woe. Due to privacy issues, PG&E couldn't speak about his account specifically, but immediately contacted him to see what the issues were.

Marshall says he spent the better part of May 20th on the phone with a PG&E customer service representative.

"They got me the answers I was looking for and took care of my solar issue. [They] also helped me lower my bill as well," Marshall said.

So, here's why he had the giant power bill. His solar panels were accidentally turned off in April 2020. Marshall and PG&E don't know how. With his solar panels deactivated, he was not generating any power and at the same time, was taking all his power from PGE, sort of a double whammy.

It took almost a year for that big bill to come in.

So, as of today, May 26, Marshall is back using solar power, on a payment plan for the big bill and he talked to the manufacturer of the panels to troubleshoot the problem so it doesn't happen again.

Why do people brag about getting the vaccine? | Why Guy