When the nurse found out he was a musician, she brought in her guitar and convinced him to sing with her. 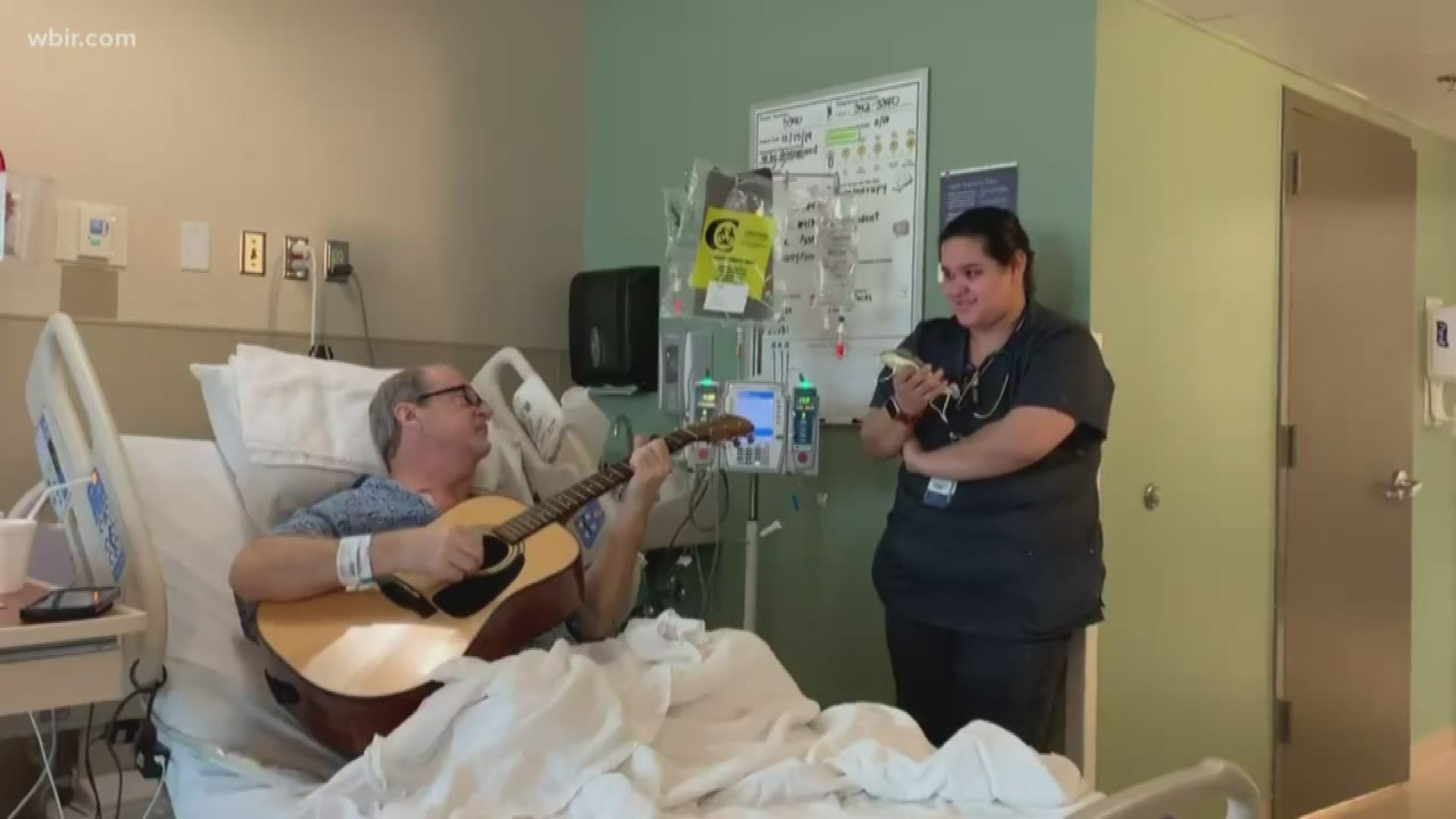 A chemo patient and his nurse in Nashville, Tennessee, sang a duet together in a heartwarming video that has gone viral.

Penn Pennington is a long-time Nashville session guitarist who has played at the Grand Ole Opry for 23 years.

He is also undergoing chemotherapy at Sarah Cannon Cancer Center.

When his nurse, whose name is Alex, found out he is a musician, she brought in her guitar and convinced him to sing with her.

That led to bedside performances during chemo treatments.

Their version of the Christmas classic "O Holy Night" was recorded Sundays by Pennington's daughter.

"My dad’s nurse, Alex, heard that he was a guitar player so she brought her guitar for him to play during his chemotherapy treatments and sang O Holy Night with him. Who knew she could also sing!!" Brandi Mykle Leath wrote on Facebook. "Please share and let's get Alex some buzz for nurse of the year!! She's amazing! #alexatsarahcannon"