The shooting happened Sunday night, with the teenager being an "unintentional victim." 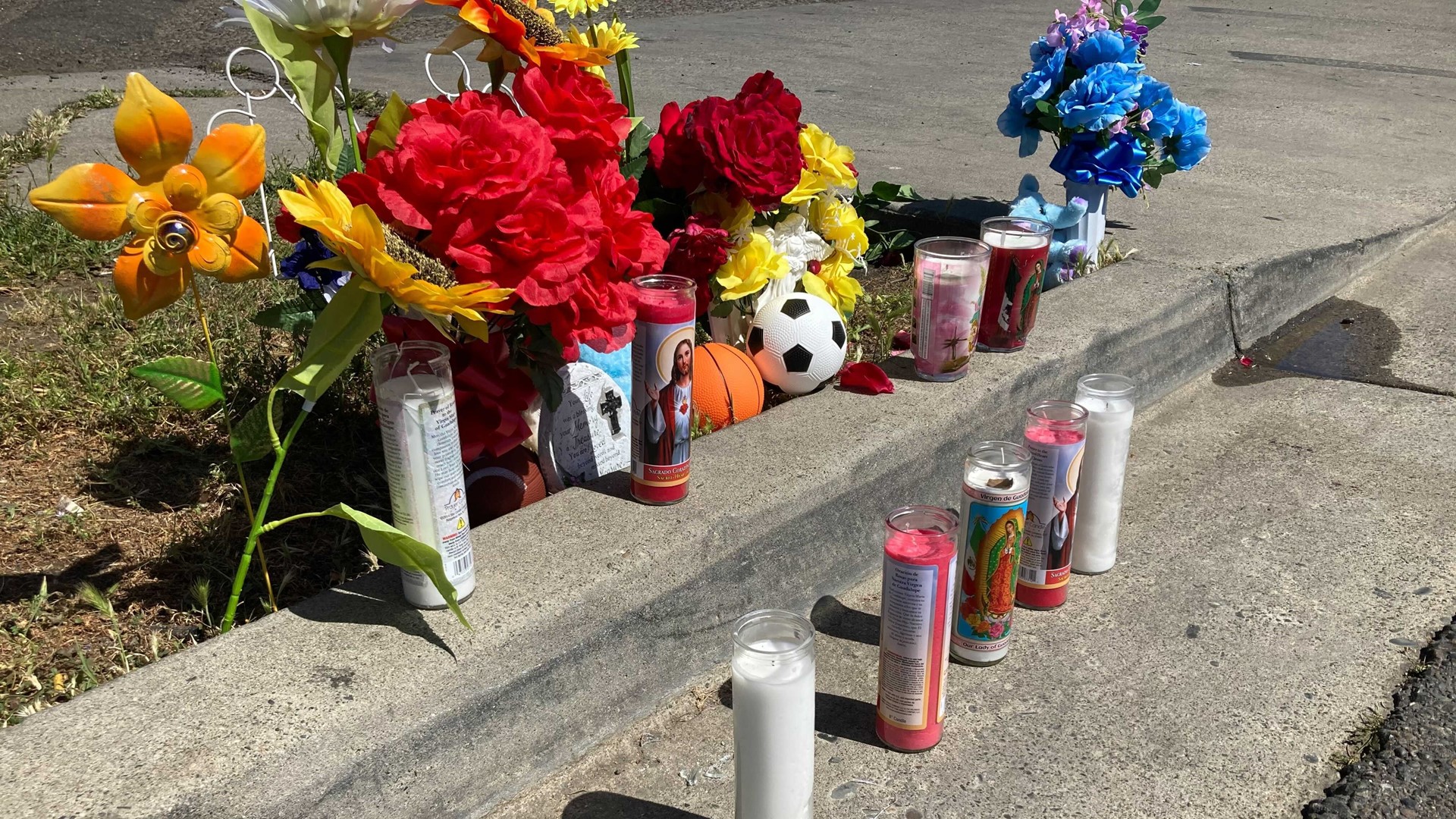 KEYES, Calif. — A shooting investigation is underway in Stanislaus County after a teenager was shot and killed in Keyes.

The shooting happened around 8:48 p.m. on Sunday night.

T. Luke Schwartz, Sergeant and public information officer with the Stanislaus County Sheriff's Office told ABC10 the shooting occurred in an area where several people were eating at taco trucks in the area of Martha Avenue and 7th Street.

"Supposedly, a fight happened at the taco trucks and our victim was an unintentional victim when the shots were fired," Schwartz said.

When deputies responded to the shooting, they found the Evan Robinson, 16, in the roadway unresponsive. The victim died from his injuries.

Though few details have been released at this time, Schwartz said a silver car was seen fleeing the area and police believe it was involved. However, there is no suspect information available at this time.

Eva Miles is a friend of the victim. She lives a short distance away and heard several gunshots. She says her brother and others were out taking a walk to get tacos.

"My brother thought he was ducking and he said come on we gotta go. And, he wasn't moving and that's when my brother realized he got shot," Miles said while standing near a roadside memorial filled with flowers, candles and stuffed animals.

Malisa Burns cared for Robinson for a short time at her home over a year ago.

"He was a good kid. He didn't get into trouble. He got good grades in school. He was an all-around good kid. Just in the wrong place at the wrong time," Burns said.

Michelle Bernal said the victim was involved in her church ministry in Keyes.

"One thing about Keyes is were a very close-knit community. So, it's not just affecting one family or the suspect's family, it's affecting the whole community," Bernal said.

The investigation is ongoing. Schwartz said the Stanislaus County Sheriff's Office is hoping an eyewitness will come forward. Those with information are asked to contact the sheriff's office.