Stanislaus County is expected to begin mandating that people wear face coverings outside on June 22 after the county was added to the state's coronavirus watch list. 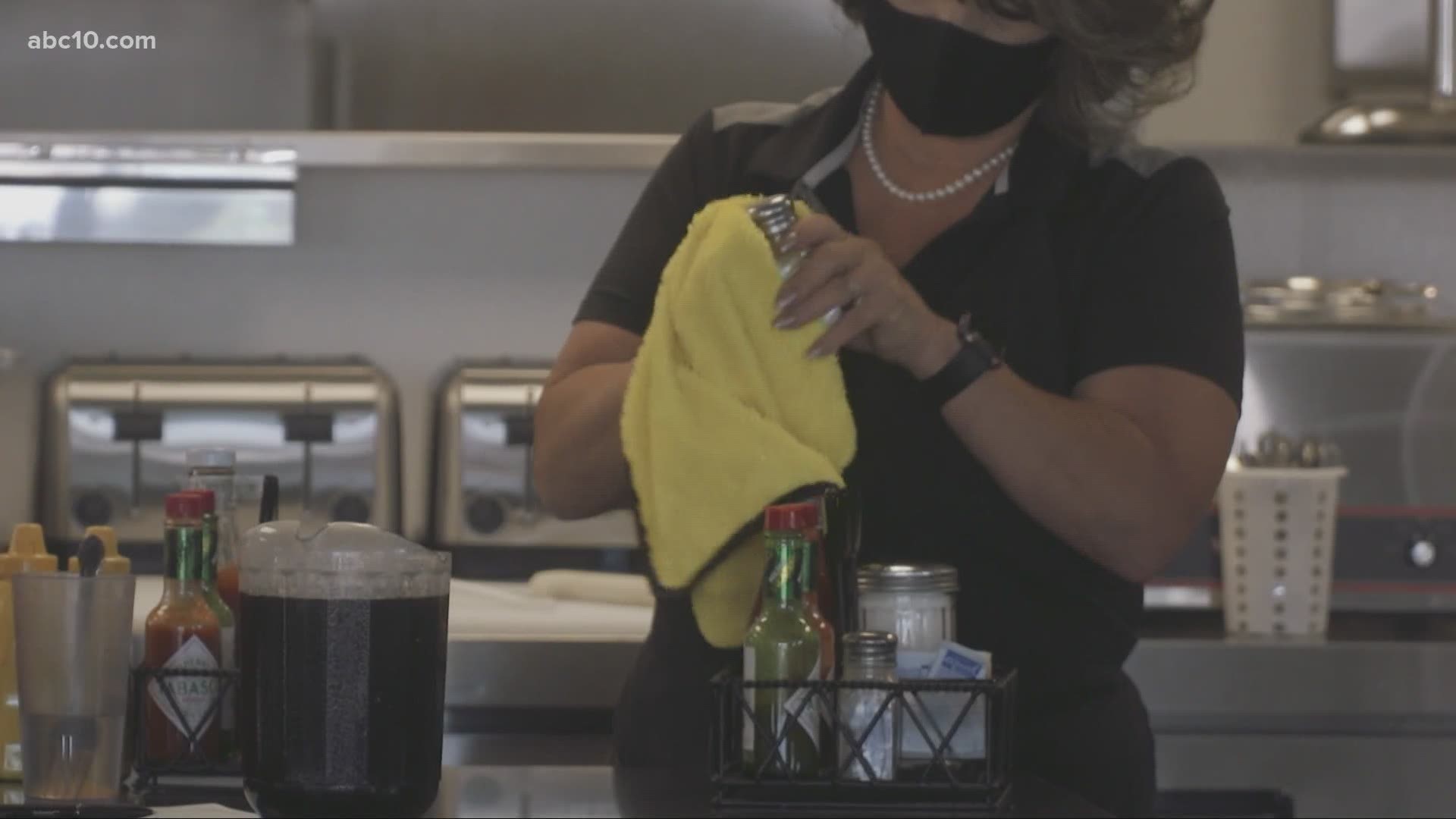 STANISLAUS COUNTY, Calif. — Stanislaus County is expected to begin mandating that people wear face coverings outside after the county was added to the state's watchlist for having a spike in coronavirus cases since reopening.

County supervisor Kristin Olsen announced in a Facebook video that the order will likely begin on June 22, and that more details should be released on Friday. Olsen said the county is working on making sure the order is consistent with state guidelines.

"I know the idea of mandatory face coverings is difficult news for many people in our community — I don't like wearing one myself," Olsen said in the video. "If this were a nanny government, policy to protect me from myself, I wouldn't support it. But that is not what this is. Face coverings are to protect other people from you."

Posted by StanEmergency on Wednesday, June 17, 2020

Stanislaus County was placed on a statewide watch list this week after more than 9% of its coronavirus tests are came back positive. The county has the highest three day average increase in hospitalizations in the state.

So far, more than 1,300 people have tested positive for the virus, of which 72% have already recovered. Thirty-five people have died due to complications of the virus.

Being placed on the state watch list means that if numbers don't improve, the county may have to start closing things down again.

Sherill Petersen, the owner of Sam's Cafe in Ceres, said while her loyal customers have returned since reopening two weeks ago, she's worried about another possible shutdown.

Last year, Peterson held a grand reopening to her cafe after almost losing everything in a devastating fire in 2017 and being shut down for 15 months.

"We were open a year," Peterson said. "Ttwo weeks later, the pandemic happened. [We] shut down again. I just don't know if I can do that again."

But because of a spike in coronavirus hospitalizations, it's possible she might not have a choice.

Sgt. Tom Letras, a spokesman for the Stanislaus County Sheriff's Office said, while the county does not want to alarm people, it does want people to understand that they're going backwards and people need to be careful.

"The reality is, if the numbers rise and we are unable to medically treat people with advanced medical care because we don't have hospital beds, that's always a possibility," Letras said.

The county believes the spike is tied to a few different causes, including reopened businesses, as well as birthday and graduation parties.

But like several counties across the country, many of the positive cases have come from residential medical care facilities.

As of Tuesday afternoon, according to a spokesman at Koelsch Communities, which owns El Rio Memory Care in Modesto, 17 residents and 10 staff members have tested positive for coronavirus at this single location.

They've even had to stop doing "through the glass" window visits.

"What's important is that people don't get a false sense of security about coronavirus just because we've been opening up more and more businesses," Letras said. "So what people need to remember is that it's not going away."