Stanislaus County ‘out of vaccine’ due to Moderna pause, temporarily closing clinics

Some 4,000 Moderna vaccines in Stanislaus County are on hold along with Tuesday's planned clinics at Modesto Centre Plaza and Stanislaus State. 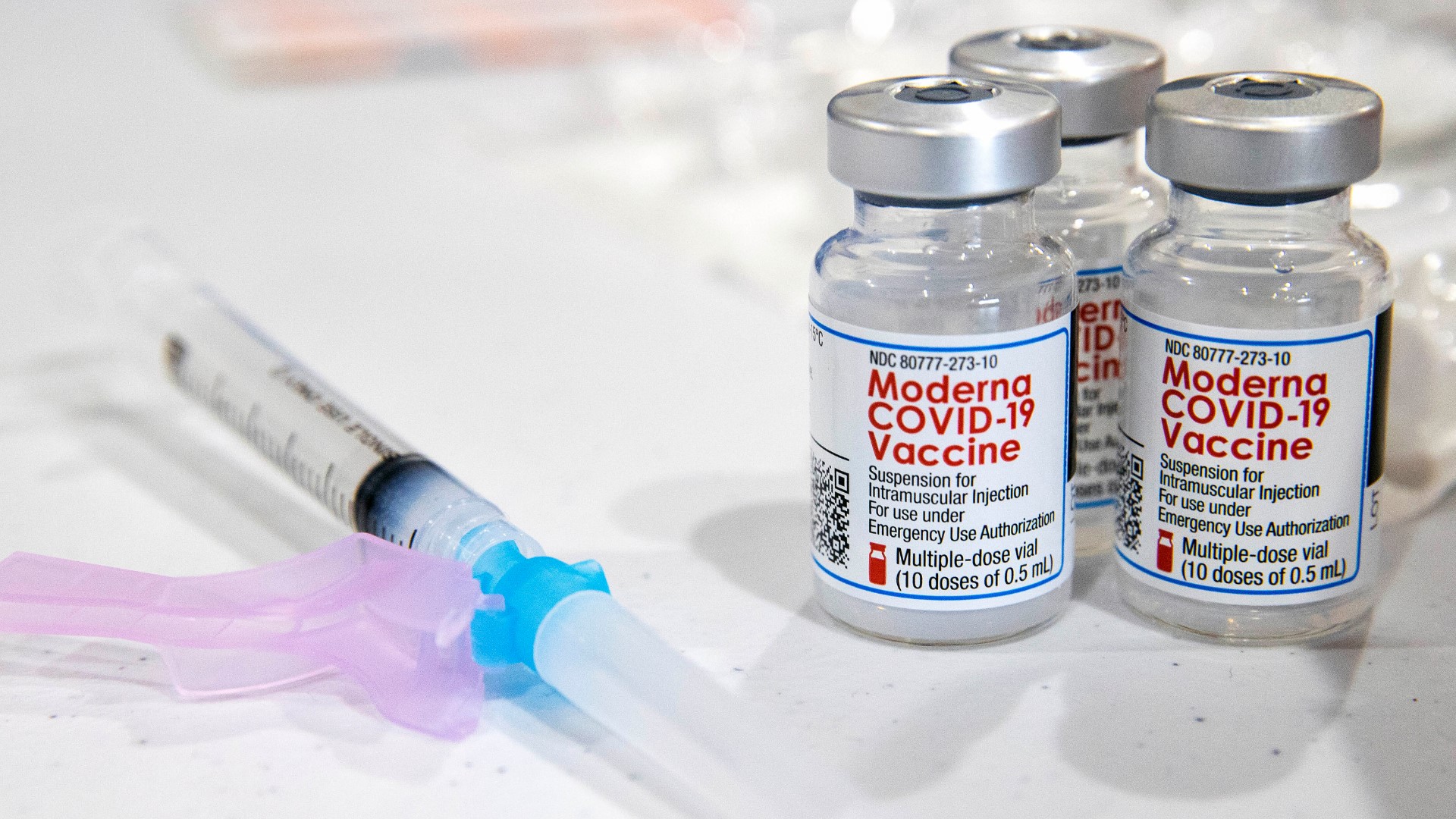 MODESTO, Calif. — Stanislaus County’s vaccine rollout hit a snag on Monday after the California Department of Public Health (CDPH) recommended a pause for a certain batch of Moderna vaccines.

The specific lot on pause had registered a “higher-than-usual number of possible allergic reactions” at one California vaccination clinic, according to a news release.

Sheriff Jeff Dirkse, head for Stanislaus County’s Office of Emergency Services, said they had about 1,400 vaccines available to give out on Monday, but the other 4,000 vaccines the county had were part of the paused batch.

As a result, the new clinic at Modesto Centre Plaza will be closed on Jan. 19, and the planned debut of the Stanislaus State University clinic was delayed.

“The reason is because we’re out of vaccine,” Dirkse said. “If we can get more from the state or some other organization – the federal government, someplace that’s not using it – we are ready to keep going.”

A new shipment of vaccines is expected Tuesday. The catch is that the county doesn’t know how much, if any, of the vaccine in the delivery will be part of the paused batch. Dirkse said there were 3,650 doses heading for the county and 1,950 of them are Pfizer.

RELATED: Why Stanislaus County’s vaccine rollout is a 'very fluid situation to say the least'

If the county gets the vaccine they need, Dirkse said the intent is to get back up and running Wednesday, but that depends on supply. For now, the clinics are closed at least for Jan. 19 and until further notice.

“As soon as we have vaccines, we are going to get them out to the clinics (and) the various medical providers to get them into your arms,” Dirkse said. “Bear with us. This particular challenge is not of our making, if you will. We are adapting to this just like the public is, but we will adapt, we will overcome, and we will continue to get vaccines just as fast as we possibly can and just as fast as we can get them into our inventory.”

The rollout snag comes after a big showing during last week's clinic on Scenic Drive. Originally set up for healthcare providers, the county opened the clinic up to people age 65 and older on Thursday and Friday. Dirkse said at least 3,200 vaccines were administered in total for those two days.

The county knew that people 65 and older would be joining the vaccinations pool soon, so they started planning how it could be implemented. It ended up becoming a first come first serve operation, which he said provides the maximum possible vaccinations in the simplest manner.

“We also kind of, from a planning standpoint, went into it knowing that a quick process like that, it’s not going to be perfect,” he said. “There’s going to be an element of chaos to it.”

While a large number of vaccinations were given, Dirkse acknowledged that there were long waits and lines, but, the county intends to make improvements as they go along.

Part of that improvement is changing the Modesto location from Scenic Drive to Modesto Centre Plaza. It’s a bigger venue with more parking, space for people to line up, and more space to observe people after administering the vaccine. The latter element will let them scale up the number of vaccinations they can do at the facility, Dirkse said.

They’re also bringing in chairs, blankets, coffee, water, and more to keep people comfortable as they wait in line for the vaccine.

Stanislaus State’s clinic will have similar spatial advantages when it opens, including the benefit of some college staff and students to help with vaccinations.

Dirkse also said, before people consider lining up for the county clinics, they should consider checking with their doctor or pharmacy to see if they can get an appointment for vaccination through those routes.

Stanislaus County is seeing a lot of movement and infrastructure plans while dealing with a vaccine supply that’s been described as “unpredictable.” However, the worry about the monetary costs and bureaucracy is largely out the window. Dirkse said the pandemic is an emergency, and it needs to be treated that way in terms of their speed.

RELATED: 2,500 COVID-19 vaccine doses given out over weekend at San Joaquin County clinic

“I would rather have stuff set up ready to go, a clinic, that we may have to turn on and off depending on supply rather than have people sitting... waiting for vaccine, having it (vaccine) sit in a freezer somewhere, waiting to get it into an arm because we’re not ready for it,” he said.

Additional distribution points are planned for the future in Oakdale and Patterson depending on supply.

“Let’s face it, everybody out there wants to go back to work. They want their kids back in school, and if vaccine is the solution, we are not dragging our feet to get it out there and into people’s arms,” Dirkse said.

WATCH ALSO:  Long lines of people over 65 in Modesto for COVID vaccine clinic