Edward Villasenor died near his home on November 7, 2019. He was celebrating his 49th wedding anniversary. 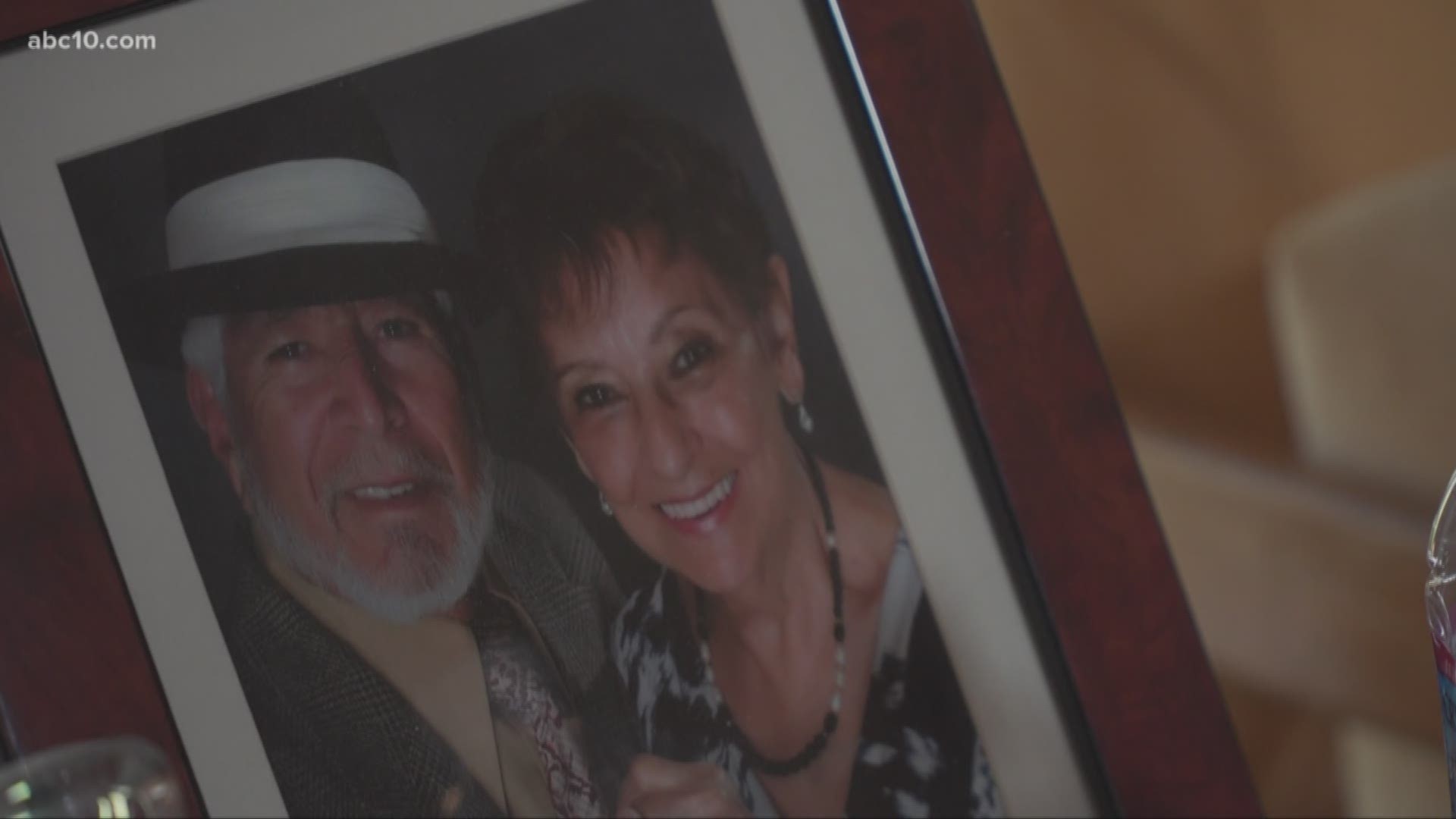 ELK GROVE, Calif. — The family of an 85-year-old man from Elk Grove is continuing to search for answers into his death, two months after he was struck by a driver who fled the scene.

Edward Villasenor died near his home on November 7, 2019. He was celebrating his 49th wedding anniversary.

"I mean he had like a heart of gold," said his daughter, Debbie Colquitt. "He was our rock."

Villasenor was bringing in his trash cans when a driver veered across the double yellow lines and struck him, sending him about three feet from his driveway, Colquitt said.

His loved ones have since put up a memorial along a stretch of Waterman Road where he was killed.

"It's really hard because you don’t — you don’t know if this person is ever going to be found or not," Colquitt said.

The Elk Grove Police Department is looking for a late 1980s to early 1990s maroon- or burgundy-colored Chevrolet SUV.

"At this point, our detectives have exhausted all the leads and tips that have been provided by the community," said Elk Grove Police Officer Jason Jimenez. "So we’re still desperately asking for anyone with information in regards to this case to reach out to us.”

Anyone with information is urged to contact the Elk Grove Police Department at (916) 478-8000.