More than a week after Susana Torres, 32, was kidnapped, her family still searches for answers. 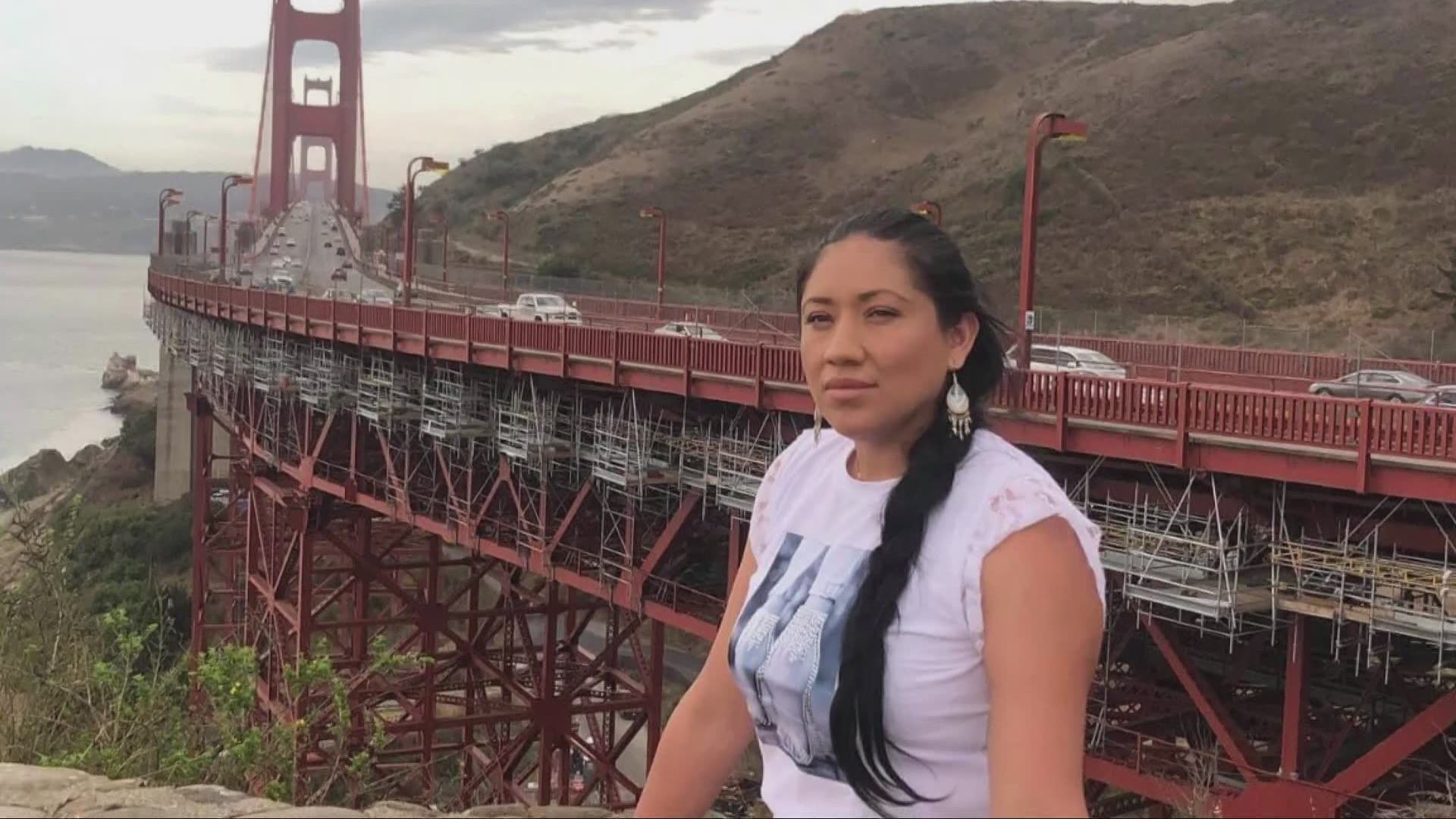 The Stanislaus County Sheriff's Office has released a video showing the apparent kidnapping of Susana Torres from Richy's Mini Mart in Modesto.

The department is hoping to find people who may have witnessed the kidnapping at the market that day, Sunday, April 11, between 5:35 and 5:50 p.m. The sheriff's office notes that the timestamp on the video is wrong, and they are looking for witnesses that were there during this 5:35 to 5:50 p.m. timeframe.

The video shows Torres being led to her car by ex-husband and suspected kidnapper Javier Chavez. Torres gets into the driver's seat. It is clear from the video that there were several people in the parking lot of the market at that time.

"Shortly after getting into the vehicle, Chavez forces Torres into the passenger seat and drives away," the sheriff's department said in text in the video.

Anyone with information about this case or the whereabouts of Chavez or Torres is asked to call Detective Summerton at 209-525-7032 or Detective Esquivez (Spanish) at 209-652-1792. If you have any information, you can leave an anonymous tip by calling Crime Stoppers at (209) 521-4636. Tipsters can also submit tips at www.stancrimetips.org or use the mobile app "P3," and you may be eligible for a cash reward.

Missing for more than a week, and there are still no answers in the disappearance of Susana Torres of Modesto.

"You see these things in the movies and you don't think it could happen to you until it does,” said Yasmin Cruz, Torres' cousin.

The loving young mother and her two sons were kidnapped at gunpoint last Sunday by Javier Chavez, her estranged husband, according to investigators who say the boys were dropped off at his parent's home. However, the pair have yet to be found and they believe Chavez crossed the Mexican border.

Cruz said, at the time, Torres had a restraining order against Chavez and it was one of many granted only after she was able to provide evidence of rape. Modesto police confirm Chavez has a warrant for arrest for rape.

"She kept calling them, calling the cops, he kept harassing her after the restraining order,” Cruz explained, adding, there was nothing officers could do unless she was in immediate danger.

According to the Center for Policy Research, in the United States, 60% of restraining orders are violated.

Karina Garcia- Aguilar is a crisis intervention specialist at the Women's Center in San Joaquin County. She says it falls on domestic violence survivors to "prove" they are in immediate danger.

"It's really unfortunate,” she said.

As an advocate who specializes in temporary restraining orders, she said word choices make a huge difference for her clients when navigating the legal system.

"One of the biggest examples, instead of saying choke, say strangulation,” she said. “Let’s be smart and specific”

She says that's why groups like the Women's Center exist. With glaring blind spots in the system, she says advocates help survivors develop a safety plan where law enforcement hands may be tied. Garcia-Aguilar said she sees clients get disheartened, but still encourages clients to call the police even if a report isn't taken.

"They'll still take a call log that will work in their benefit,” she said.

For Cruz, she said her cousin wasn't given the protection she needed. As she pleads for the public's help for information, she urges anyone struggling with domestic violence to get help before it’s too late.

Detectives ask that anyone who may have information about this case or the whereabouts of Chavez or Torres please call Detective Summerton at 209-525-7032 or Detective Esquivez (Spanish) at 209-652-1792. If you have any information, you can leave an anonymous tip by calling Crime Stoppers at (209) 521-4636. Tipsters can also submit tips at www.stancrimetips.org or use the mobile app "P3," and you may be eligible for a cash reward.

WATCH NEXT: VERIFY: What's next after Derek Chauvin is found guilty on all charges?

Sentencing is expected to happen in about 8 weeks, but the max sentence Chauvin could get is 40 years.