Sacramento County Sheriff's Department released a video with new information and dashcam footage from a shooting that left two dead and put a deputy in the hospital. 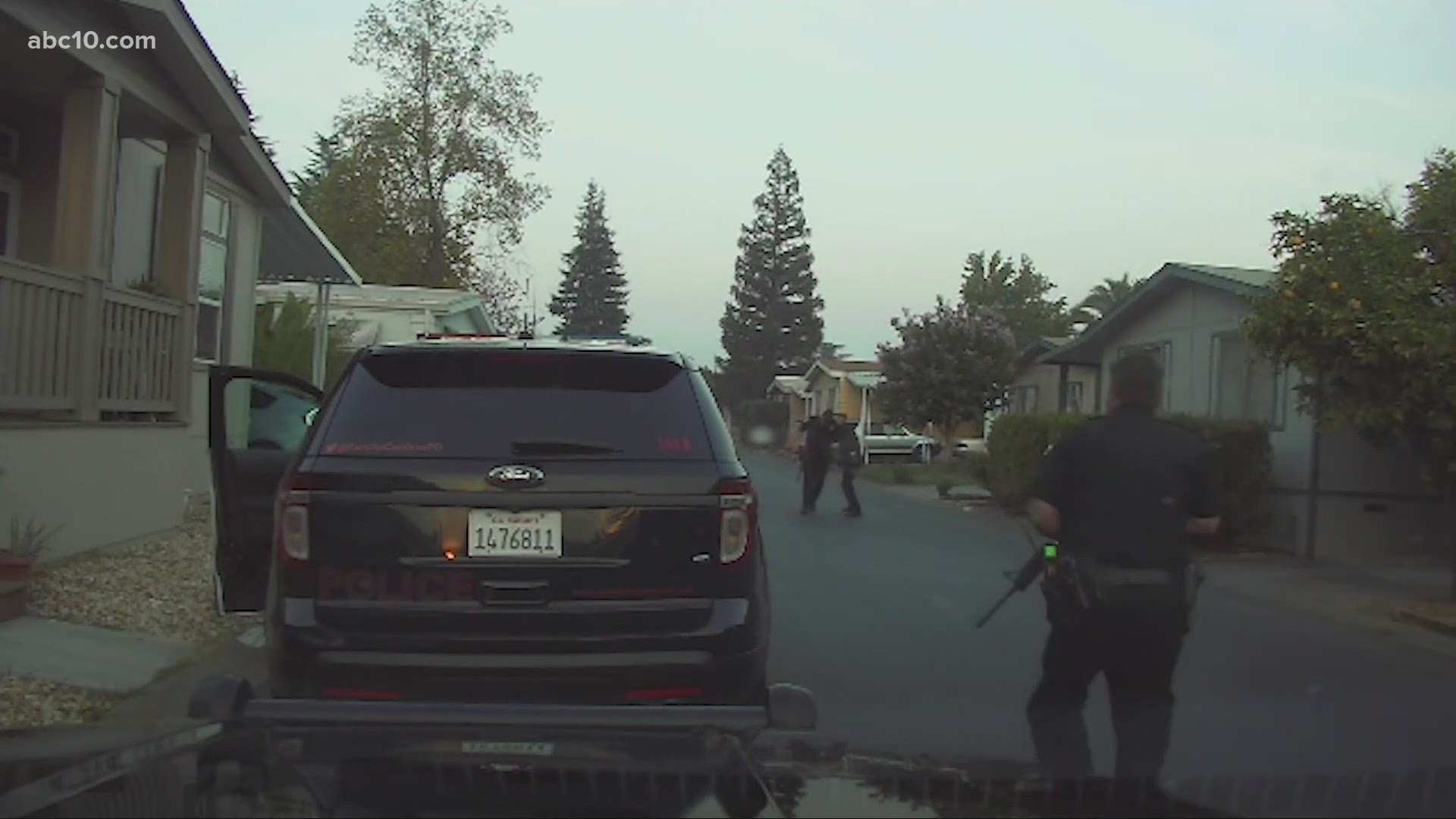 RANCHO CORDOVA, Calif. — The Sacramento County Sheriff's Department released new information on an incident that left two people dead and a deputy in the hospital on August 22, 2020.

Sheriff Scott Jones said at the time that deputies were called to the area of 160th block of Dutchess Way at around 7 p.m. after a woman called 911 to report a man with a gun had arrived at her home.

Tess Deterding, a public information officer for the sheriff's department, identified the man as Christopher Paul Walker. She said Walker shot the woman who called 911 four times while standing on the porch after he saw deputies.

Walker then tried to escape near the backyard of the home, Deterding said.

Deterding said Walker had a couple of escape routes but chose to open fire on deputies instead. Walker crouched down near an air conditioning unit and shot a deputy in his lower body.

Walker shot himself in the head after he was shot twice by deputies, Deterding said. The deputy who was shot was taken to the local hospital and was released a few days later.

WATCH ALSO: Homes destroyed, smoldering because of the Bear Fire