Gunz Down, Gloves Up was a friendly sporting event meant for guests and participants to enjoy, but organizers said one bad seed ruined the night for everyone. 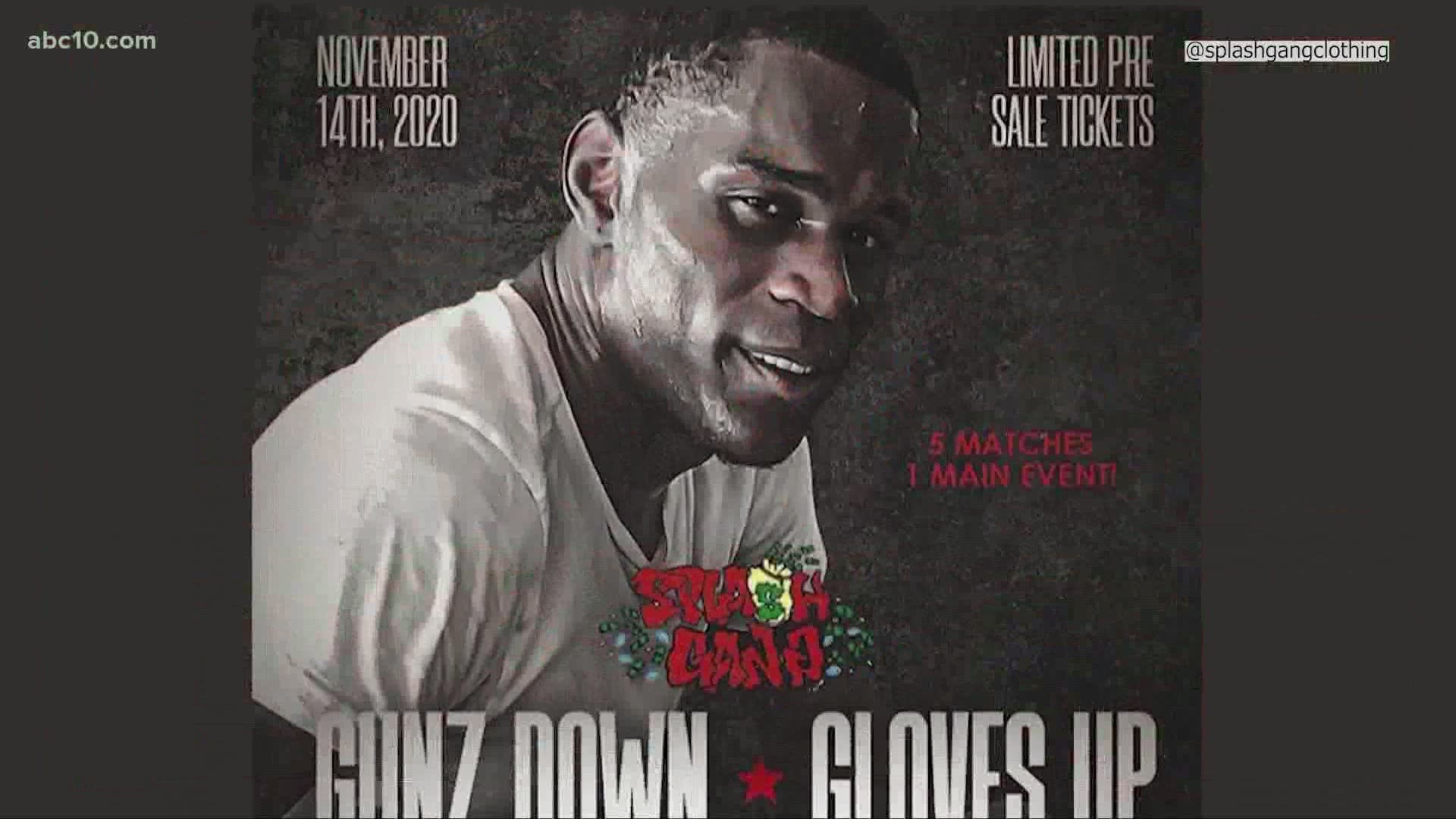 SACRAMENTO COUNTY, Calif. — Born and raised in North Sacramento, Jacques Houston said if an event like "Gunz Down, Gloves Up" existed when he was growing up, it might have steered him in a different direction.

"The least we can do is bring them here and let them get their boxing fight out," said Houston, the organizer of the event. "If somebody would have done it for me, I probably would have been somewhere else."

The boxing event was hosted by Splash Gang, Houston's clothing and event company. For their first event, he and his team made sure there would be food and music, so guests could enjoy a night out at the boxing match.

"It was to promote putting these guns down and cleaning up the streets," Houston explained. "Go find something else to do."

Kids as young as 7 years old got to showcase their skills in the ring as the crowd cheered them on. Houston said he was pleased with the large turnout of 350 to 400 people and the event was "beautiful."

Houston said social distancing and mask wearing were encouraged at the event due to the coronavirus pandemic.

But as the night went on, Houston said one intoxicated guest, who was escorted out, ruined the night for everyone.

"I really don’t know what happened because I was trying to calm everyone down inside," Houston said. "I didn’t hear gunshots-- there was too many people just running out, just chaos."

Police said they were initially called out to the area for reports of reckless driving and when they noticed the large gathering, they stayed put. A few hours later, around 8 p.m., police said the sergeant at the scene observed a large crowd of people running from the building. One person told the sergeant that someone was armed with a gun.

According to police, the sergeant ran to the sounds of shots fired and confronted an armed suspect who was pointing a firearm towards a crowd of people inside of the building.

A Sacramento Police Department press release said, "the sergeant discharged his firearm at the suspect who sustained life-threatening injuries from the shooting and was transported to a local hospital. The suspect was later pronounced deceased by medical staff."

Houston said he was looking for solutions to decrease shootings in his community, and was disheartened that the evening ended with the exact violence he was trying to prevent.

"It was sad that the end had to transpire like that," Houston said. "We're tired of people shooting."

Despite the violence that broke out, Houston said he will continue his efforts to host events that discourage gun violence and encourage community engagement.

"Just trying to give people other options than just thugging, you know?" Houston said. "We’re trying to bring our people in here and show we care, so we can grow."

When police canvassed the area, police said a victim of a shooting who had sustained non-life-threatening injuries and was transported to a local hospital. The circumstances of when this victim sustained those injuries is still under investigation.