Gov. Gavin Newsom's homeless task force proposed making it legal and binding that cities and counties provide shelter and resources for the homeless. 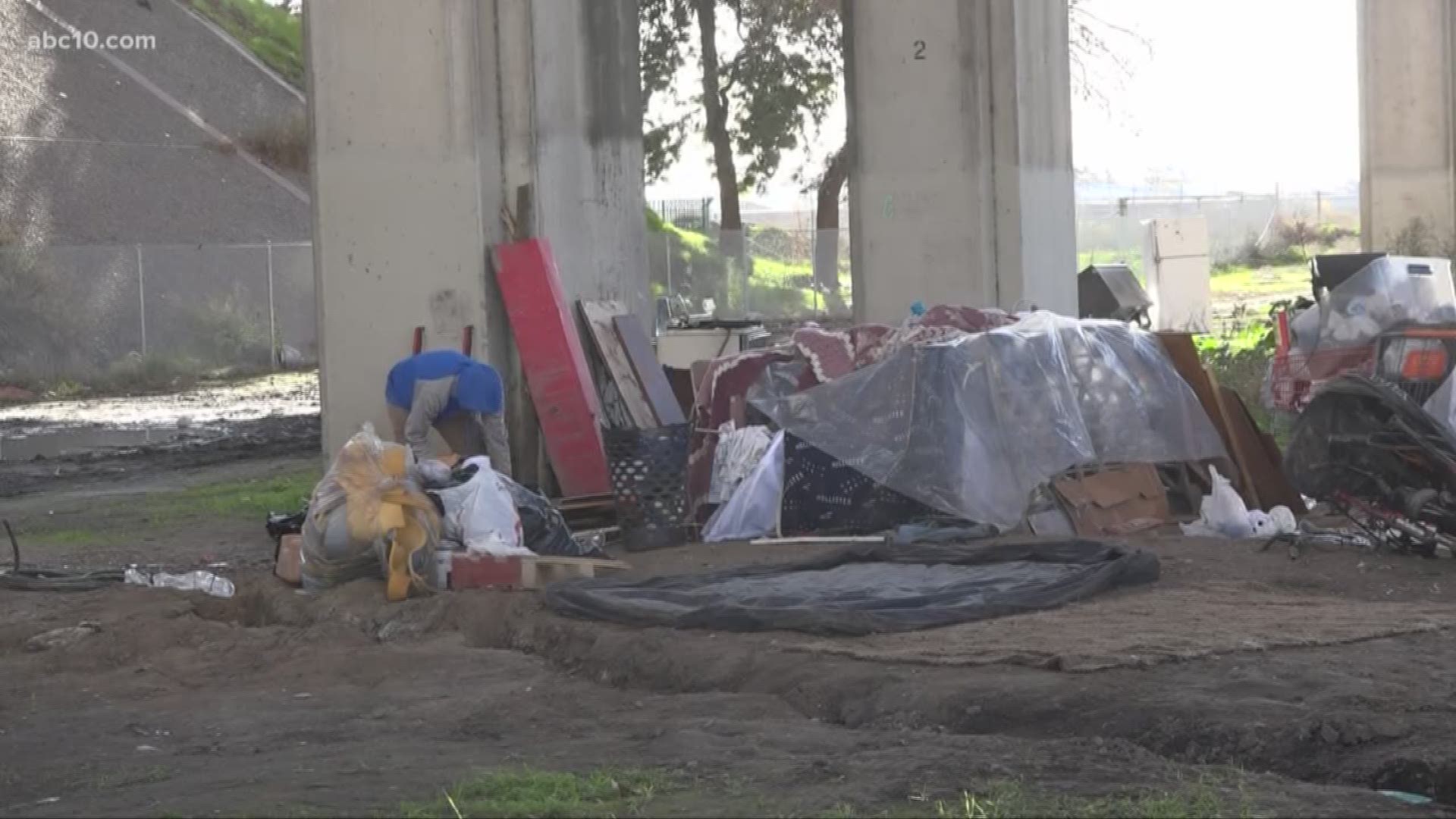 STOCKTON, Calif. — Mike Casillas, 52, and his wife call a tent and their car situated under a freeway overpass in the shadow of downtown Stockton home.

"You can't always sleep, because you've got the gangs, the thieves, the ex-cons, yada yada," Casillas explained. "We sleep in there [and] stay warm by burning the fire and using the embers."

Casillas said he’s a certified phlebotomist, who, because of previous misdemeanor gun charges, has been out of work for three years.

While his past has deeply hindered his job search, Casillas said he believes employment is the No. 1 priority in helping to get the homeless off the streets.

But does the state believe that?

On Monday, The Governor's Council of Regional Homeless Advisors unveiled a proposal in Sacramento to create a "legally enforceable, results-based, accountability mandate" that would require by law that cities and counties provide resources and remove barriers to create interim and permanent housing.

Gov. Gavin Newsom is considering the proposal along with others.

Bill Mendelson, the Executive Director of the Central Valley Low Income Housing Corporation in Stockton, said he does not believe the proposal is realistic. Mendelson, who has 30 years of experience helping the state’s homeless residents, questions how will all the resources and housing will be paid for.

"Here in San Joaquin County, we are talking about a total of over 2,500 people who are homeless, both sheltered and unsheltered," says Bill Mendelson, Executive Director of the Central Valley Low Income Housing Corporation in Stockton.

"At just building 1,000 units, that would mean $2 billion for the County of San Joaquin and the cities,” Mendelson said, adding that the area has more than 2,500 homeless residents. “Frankly, I don't see where local government is going to be able to come up with those kinds of dollars.”

Mendelson also noted that he’s not sure if local cities and counties even have the infrastructure ready for an influx of housing.

Jon Mendelson, the chair of the San Joaquin Continuum of Care and son of Bill Mendelson, said he believes the proposed mandate by the state task force is geared toward cities and counties not doing their share in helping the homeless.

Still, he said funding is a big question mark.

"I do think it's reasonable that there's an expectation that local communities have skin in the game providing resources and people who live there," Mendelson said.

And, people experiencing homelessness, like Mike Casillas, hope any resources can come through for him.

"There's no point in giving up because nobody is going to pay my bills for me," Casillas said.