Since 1901, the Livermore Centennial Lightbulb has been shining a light on firefighters. 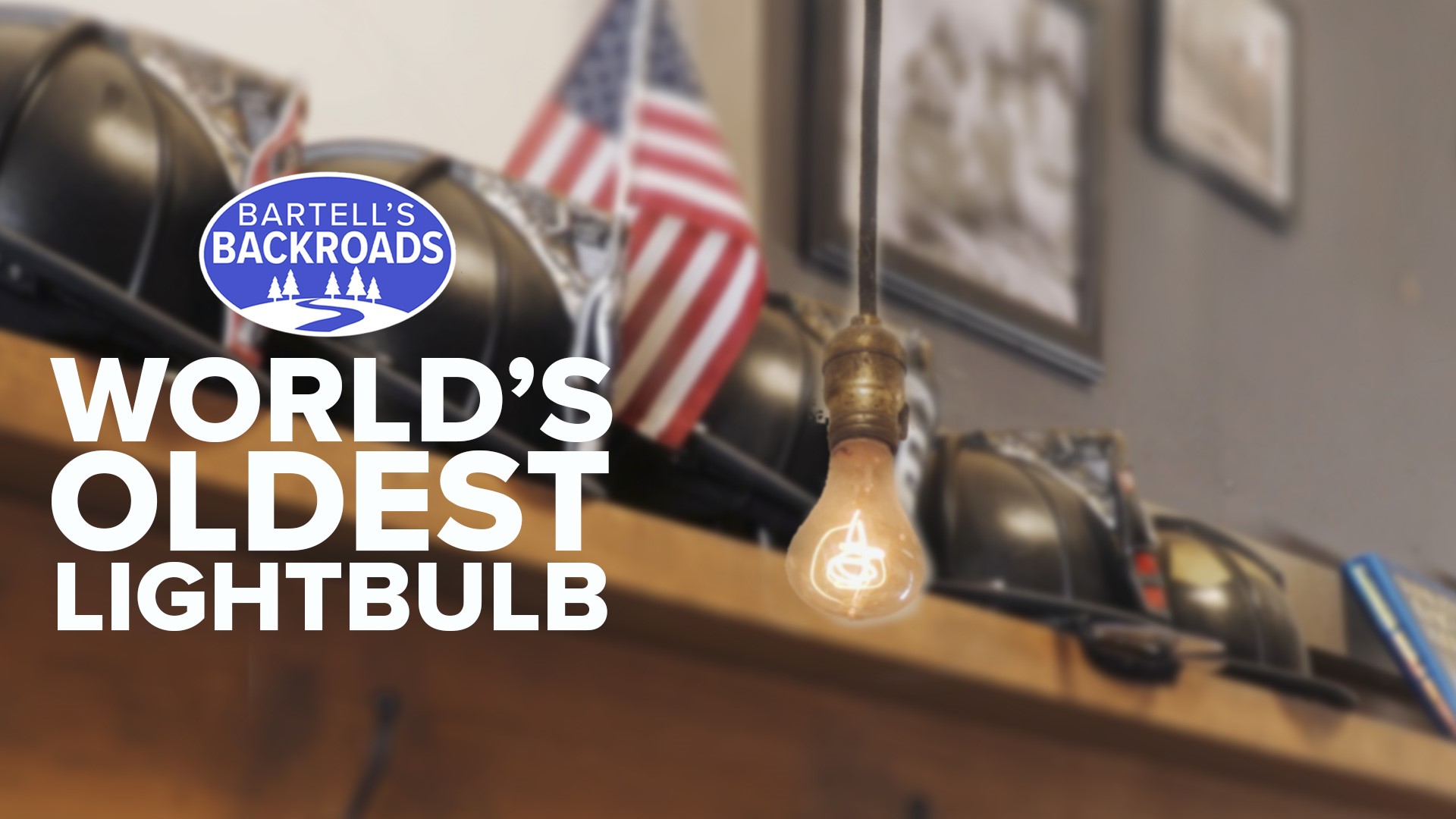 LIVERMORE, Calif. — Behind the garage doors of the Livermore Fire Station, there’s a highly visited and highly revered tourist attraction.

Inside the visitor's book, you’ll find tourists have traveled from Germany, Japan and Canada to see the world’s oldest burning lightbulb.

Yes, it’s just a lightbulb and yes, it’s not much to look at, but to Tom Bramell, retired deputy fire chief of the Livermore Fire Department, this bulb represents 120 years of firefighter history.

Although we don’t know the exact day, historical records show the bulb was installed in 1901 so fire crew could find hoses and ladders in the dark. It was purchased by water company owner Dennis Bernal and manufactured by the Shelby Electric Company.

We know the bulb was probably assembled by a team of women, but what’s inside the long-lasting bulb is a bit of a mystery. One thing is for sure though, it was built to take abuse.

“On the way out the door, it used to be low enough so we would swat it and make it swing back and forth for good luck,” Bramell said.

The “good luck swatting” stopped in 1972 when the Guinness World Records declared it the oldest working lightbulb. Then in 1976, it was moved to another fire station in Livermore. A battery backup system was installed and the bulb was placed in a high area of safe keeping, so it could continue to burn uninterrupted...should the power go out.

Some may say this is just an old lightbulb, but to the city of Livermore and it’s firefighters, the bulb is a beacon of light and a good luck charm to first responders.

“This really means a lot to me in the sense that I served under this light for so long and I can appreciate that,” Bramell said.

Ride 'The Joker' rollercoaster at Six Flags in Vallejo with Mark S. Allen