Roseville police have more questions than answers after an investigation into a vehicle fire led them to a dead body. 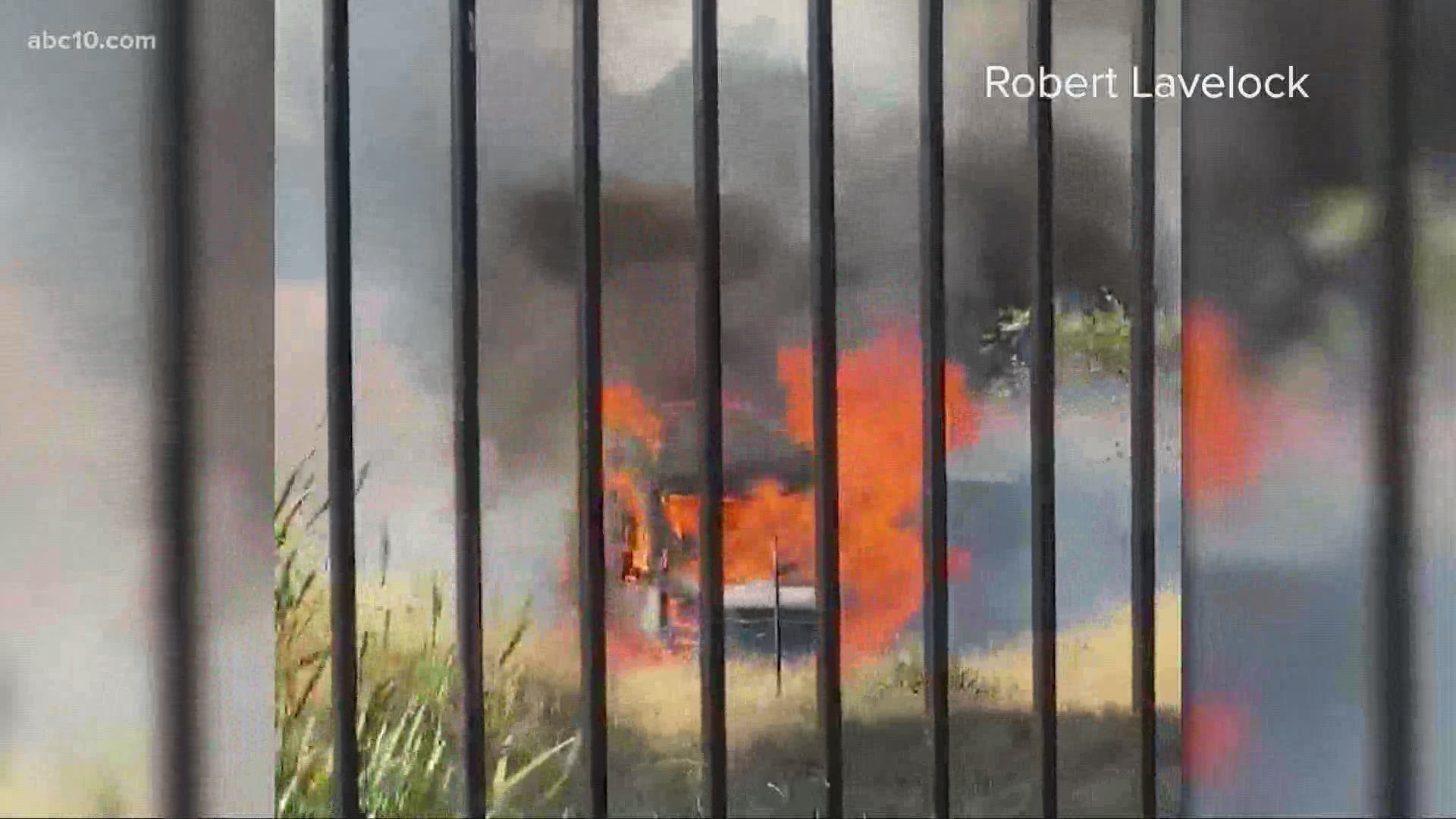 ROSEVILLE, Calif. — A vehicle fire in Roseville raised more questions than answers after police found a body in the car.

Police said they're investigating the incident as a suspicious death, but noted that the circumstances surrounding the death are unclear.

Roseville Fire Department originally responded to the vehicle fire just before 5:30 p.m. on Monday, Aug. 10, around Wheat Field Court. It spread to some nearby dry brush, but firefighters were able to contain it at four acres.

As authorities investigated, they learned that a person inside the vehicle died. The investigation is ongoing.

Anyone with information regarding this incident should call the investigations unit at 916-746-1059.