Sacramento police stated the protesters did not have a permit. 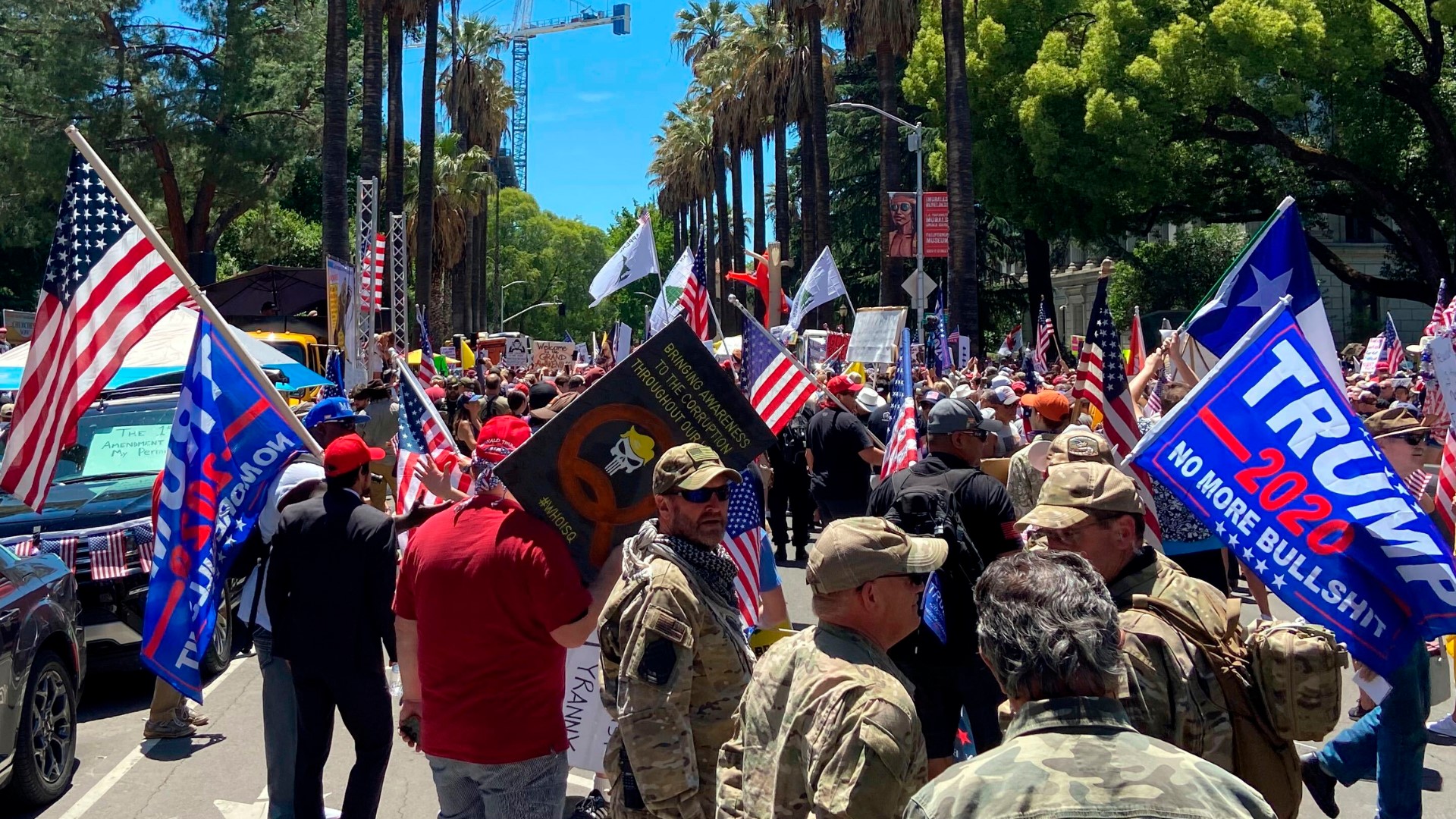 SACRAMENTO, Calif. — A large crowd gathered outside the California Capitol on the Saturday kicking off Memorial Day weekend to protest the state's shutdown of businesses amid the coronavirus pandemic.

The rally, dubbed Liberty Fest and hosted by the Freedom Angels, had over 700 people RSVP on Facebook. ABC10's photographer estimated at least 1,000 people in attendance. Their website doesn't provide much information about who the Freedom Angels Foundation is, other than saying they were "born out of a collective of Americans who believe in The United States Constitution."

According to representatives with the California Highway Patrol and Sacramento Police Department, the protesters do not have permits to protest at the Capitol. As with any large protest that occurs, the Sacramento police have officers on scene to monitor and assist with traffic control if needed.

The Sacramento Bee's article on the protest noted a Roseville woman and cosmetologist setup a temporary haircut station on the sidewalk.

California's stay-at-home order was signed by Governor Newsom on March 19, requiring every Californian to stay home as much as possible except for going out for essentials needs like work, groceries, the pharmacy, or exercise. Those activities should take place in your neighborhood. All non-essential businesses were asked to close.

Newsom announced at the end of April that the state would reopen the economy in four stages. Most of California met the safety and preparedness goals for hospitalizations rates, testing, and protective equipment on May 4th, allowing some counties to move past Stage 1.

The state moved into the early part of Stage 2 days later, which includes the reopening of lower-risk workplaces like retail, manufacturing, and offices.

On Friday, Governor Newsom said that he would soon issue new guidelines for churches to open. Phases 3 and 4, which include hair salons, gyms, sporting events, concerts, and anywhere else that calls for larger crowds in tight spaces, could take months before they're reachable.

Earlier this week, authorities said eight people were arrested at a demonstration in Southern California against the state’s orders limiting activities because of the coronavirus pandemic. The Orange County Sheriff's Department says the arrests occurred during a protest near the pier in San Clemente. Those arrested are being investigated for activities including vandalism and trespassing.

A department spokeswoman says demonstrators have rallied for several weeks against the governor's orders, which are intended to slow spread of the virus.