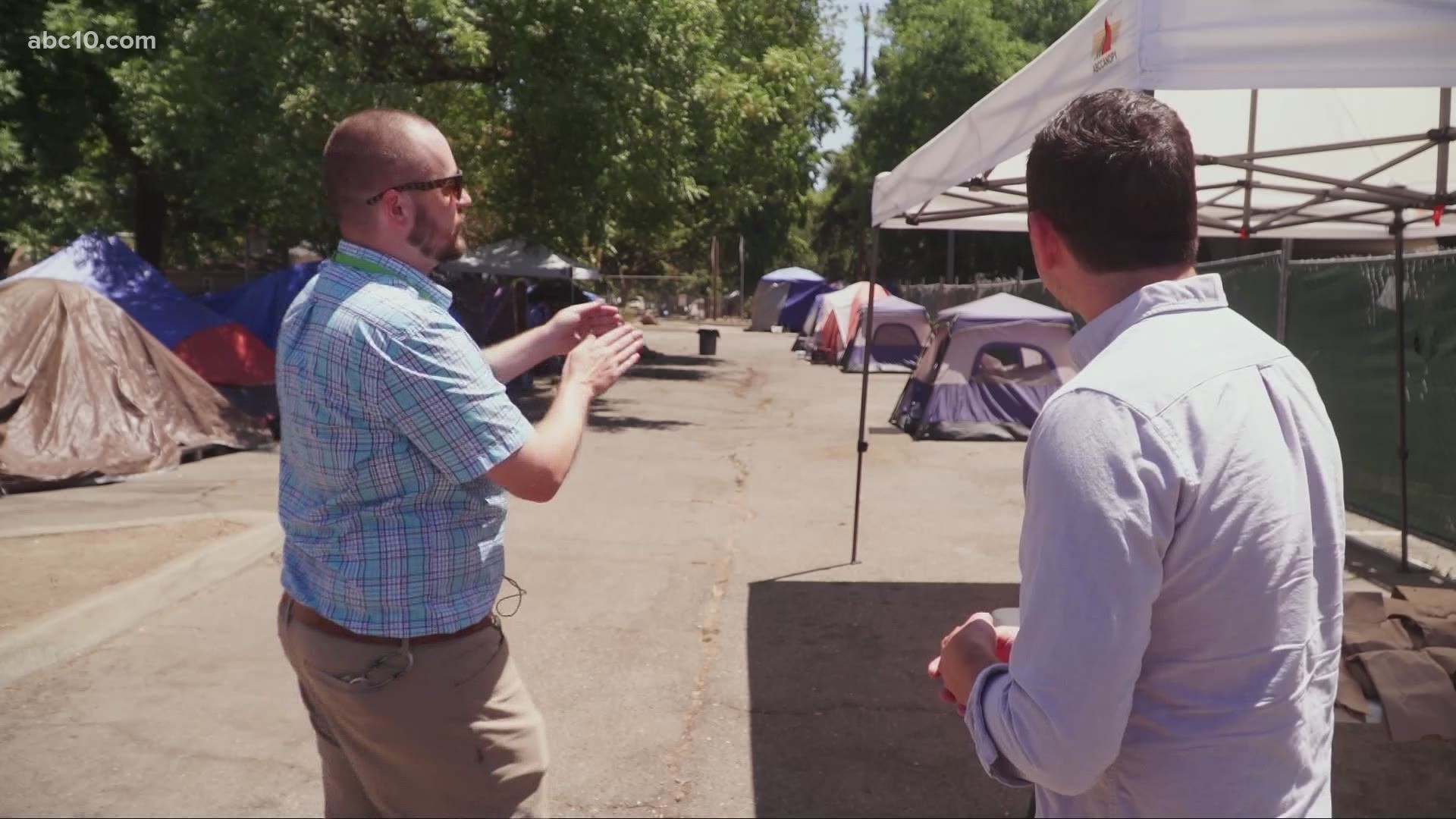 SACRAMENTO, Calif. — The future is in doubt for a proposed homeless site at the old Raley's location on Freeport Boulevard. The site was designated as part of Mayor Darrell Steinberg's master plan on homelessness.

The supermarket chain on Thursday said the site proposed by Councilmember Katie Valenzuela is "not available for a safe ground."

In a statement, Raley's spokeswoman Chelsea Minor said the chain had promised the community it would backfill the location with a "quality tenant," was actively marketing the site, and hoped to have a new tenant secured in the coming months.

It comes after a Land Park Community Association meeting Wednesday in which neighbors expressed "serious concerns over the public safety issues associated with Safe Ground sites and their proximity to residences, businesses and schools."

"I think all of us agree the mayor is on the wrong track here," said Bryan McIntyre, who lives behind the old Raley's. "There is no one in this town among the 46 or 47 sites- there are no communities in those site areas - that don’t feel the same way we do."

Nick Golling with Sacramento's Office of Homeless Services says the alternative to Safe Ground camping sites like the one on W Street in Southside Park is more unsanctioned camps strewn around the city.

"There’s organization here. There’s staff here 24/7. People are having their needs attended to," Golling said. "And most importantly, they’re getting connected with outreach workers and case management to be able to get to that next step."

Councilmember Valenzuela said Raley's comments would not change her plan to pursue the site and a safe ground location by reaching an agreement with the eventual new tenant.

The council will next vote on the city's master plan on homelessness on August 10th.